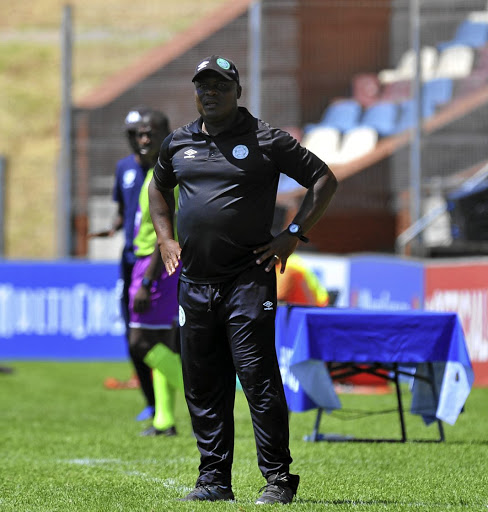 Nearly three weeks ago, Chippa COO Lukhanyo Mzinzi was quoted as saying Nteo had signed a deal with the Chilli Boys to be Mokwena's second assistant with Michael Loftman, whom Mokwena brought with from Orlando Pirates.

However, in an interview with Sowetan, Nteo cut a surprised figure on being linked to Chippa, emphasising they haven't approached him.

"Maybe they'll contact me after the lockdown, you'll never know. But honestly, I am surprised to hear people saying I have joined Chippa, while Chippa haven't contacted me," said Nteo.

"I am still working for Celtic, but my Celtic contract ends at the end of June.

"I don't know what will happen in future and I am confused because Chippa are also saying in the media that I'm their man, but having not contacted me."

However, Wire, who was part of the SA Under-23 side that famously participated in the Sydney, Australia, Olympics in year 2000, made it clear he would accept Chippa's offer if they tabled any and provided they agree terms with his current employer, Celtic.

Some players in the PSL are not only footballers but employers who have thriving businesses on the side.
Sport
1 year ago

Mabena Pule has disclosed the Siwelele faithful would prefer Lebo Mokoena over Tim Sukazi, fearing the latter would relocate the outfit to his home ...
Sport
1 year ago

"I would take the offer if they really make one. It [joining Chippa] would be a wonderful opportunity to grow as a coach, but things must be done in an appropriate manner with Celtic," said Nteo, who inspired the Celtic reserves to the MDC title last season.

"As I am still contracted to Celtic, Chippa must agree with Celtic. I want things to be done in a good way."

Attempts to get Mzinzi to furnish further details on this matter were unsuccessful as he never answered his phone nor replied to our WhatsApp messages yesterday.