SA referee Victor Gomes: I believe dictatorship is not the correct way 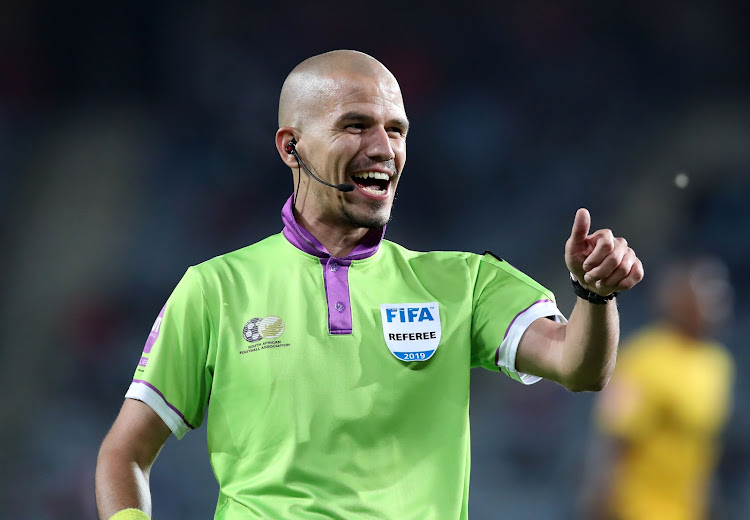 Referee Victor Gomes is not sitting idle at home after football was suspended last month and is playing a role in the fight against the coronavirus pandemic through the plastic bottle manufacturing company he runs in Krugersdorp.

As bottled hand sanitisers fly off the shelves with people bulk-buying in panic‚ Gomes’ company and others have been hard at work to ensure there is no shortage of material.

“We are making bottles for the hand sanitising industry and we do some food stuffs as well as well as water‚” Gomes told Marawa TV in an interview.

The two-time PSL referee of the year said his company has not closed shop after the lockdown was announced as it provides an essential service.

Gomes told the online station that his workforce is well educated on things like the use of hand sanitisers and the regular washing of hands using warm water and soap as part of measures to curb the spread of the deadly virus.

The Fifa-accredited referee said he is impressed with President Cyril Ramaphosa and his government’s efforts in fighting the spread of the flu-like virus spiralling out of control.

“So when our president says let’s get behind him and rally behind him...never have I been so proud to be a South African‚” said the 37-year-old who took charge of a crunch Caf Super Cup match in February.

Gomes revealed that he gave his employees options and did not make it compulsory for them to work during the lockdown.

“And honestly speaking I had one guy who said to me he was not comfortable and I said ‘that’s fine. We respect that. Stay at home until you feel that you want to’.

“You know out of the many things in life we should never forget the human element of something.

"We can respect the law and we can respect anything but we must never forget the human element of something‚” said Gomes in explaining how he arrived at allowing his employees to choose to work or not.

“We need people to do things voluntarily and I believe dictatorship is not the correct way‚” said Gomes.