Look who's back with some Passion : Former Baroka coach Thobejane plots his comeback 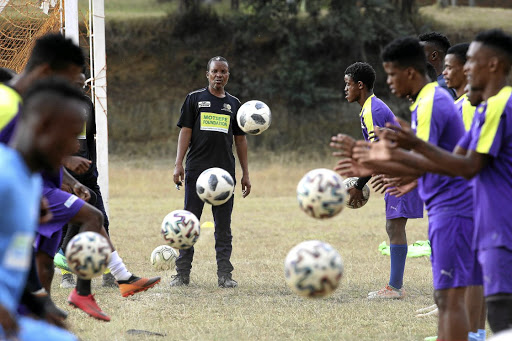 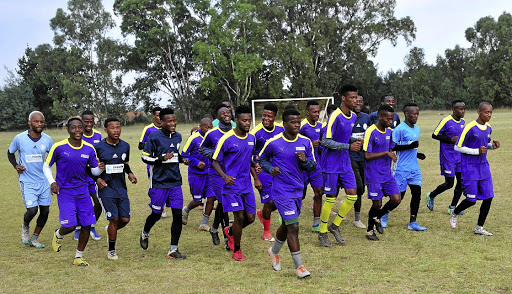 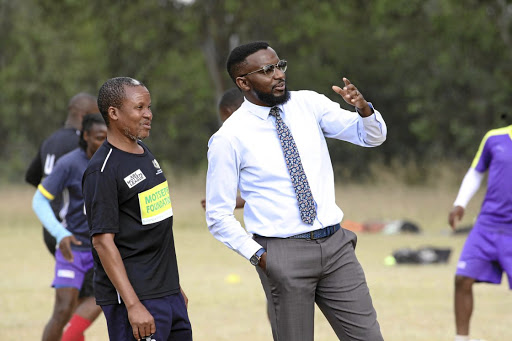 In the sleepy town of Carolina on the exterior of Mpumalanga province, one of the most colourful characters in SA football, Kgoloko Thobejane, has found a home.

Coach Thobejane has been in charge of third-tier side Passion FC. For about a month he's gone back to his roots - away from the limelight - in the province of the rising sun.

"Being a coach is my first love, and what I do best. There were people who wanted me to go back to teaching, but I refused," the eccentric Thobejane told Sowetan.

"I came here to Passion to help build something. People must remember that I led Baroka from the bottom and took them to the PSL.

"It is no different to what I'm doing now. I am enjoying things here, and it's good that it's far away from the busy nature of the big cities."

Football followers will fondly remember the colourful Thobejane from his days
at Baroka. The flamboyant 50-year-old had been out of a job for more than a year
since leaving lower-division MaLions FC in November 2018.

Baroka FC’s long-time assistant coach Matsimela Thoka has warned his new boss Dylan Kerr to double up the effort if the bottom of the log club are to ...
Sport
2 years ago

For someone who coined the famous phrase "football can kill you a real death", Thobejane keeps going back to football despite his own warning.

"I can't live without football. Much rather it finishes me, and kills me a real death, but I will never stop loving football and being a coach," he said.

The tactician from Ga-Mphahlele, outside Lebowakgomo in Limpopo, was roped in to rescue Passion FC from the bottom half of the ABC Motsepe League standings.

The Coal City Boys, as they are nicknamed, are currently 13th on the log with 23 points from 22 games after six wins, five draws and 11 losses. In the three games under Thobejane, the team has won two and lost once. Last Saturday they defeated Mlambo Royal Club 2-1 away from home.

"The priority at the moment is to help the team climb up the table. In the remaining games, the aim is to go up as high as possible to avoid the relegation zone.

"The next season we will focus on getting promotion to the second division [GladAfrica Championship]."

The club was established in 2018 by local businessmen Lucas Mudau (CEO) and Brendon Tshabangu (chairman). The team qualified for the Nedbank Cup last 32 this season, but were eliminated by Real Kings last month, a great achievement for a club that is two years old.

Passion FC and their passionate coach seem to be a match made in heaven and could be a team to look out for in the long term.

'I can turn Chiefs into champions' - Kgoloko

Orlando Pirates chairman Irvin Khoza has warned the club's supporters not to expect guaranteed success after the Bucs announced the signing of ...
Sport
2 years ago

Steve Komphela not giving up on top eight