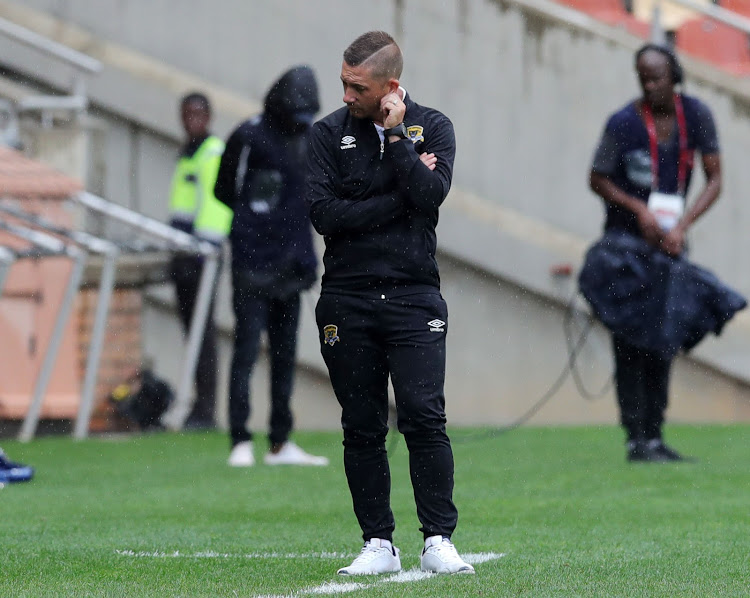 Black Leopards caretaker coach Alan Clark will stand a good chance of taking over on a full time basis if he steers the team clear of relegation.
Image: Samuel Shivambu/BackpagePix

Black Leopards coach Alan Clark is hoping he will still get ample opportunity to work with his players before the season resumes to try and cut out the mistakes that have seen them slump to the bottom of the table.

The Thohoyandou team have lost four successive league matches to drop to last place in the Premiership standings and were also bundled out of the Nedbank Cup in the last eight by regional rivals Baroka FC.

But rookie coach Clark‚ who took over from Cavin Johnson at the start of last month‚ is determined to get the side back on track despite a horror baptism of fire.

“We have an opportunity to work on some of the things we can fix ourselves‚” says Clark‚ whose side have suffered narrow defeats in their last outings.

“Sometimes when you are in the middle of the season‚ and the games are coming thick and fast.

"It’s more about tactical preparation for the opponent but this break gives us perhaps some time to work on a couple of things we’d like to fix ourselves.

“A little bit of introspection and work on the things we can work on. It’s a great opportunity for us at the moment”

Clark said this would be in all departments.

“Obviously we’d like to score more goals and conceded less goals‚" he said.

"It’s all the departments to be honest with you.

“But I don’t think it’s panic stations‚ like we’ve got to try and fix everything because there are obviously some very good things that we’ve been doing.

“If you look at our recent games‚ yes we’ve lost the last four‚ but our stats in those games tell a very different story.

“The loss against Baroka in the league we had 65 percent possession .. away from home … in a derby.

"I’m sure there are have been many derbies where the away team comes away with 65 percent of the possession.

“Sure‚ we have made mistakes and lost the game but the stats are not showing that everything is dire.

“We are creating a lot of chances but like the other 15 teams in the PSL team‚ it’s something we struggle with. We have to fine tune that only.

“Defensively it is also not like we are shipping in four or five goals every week.”

The mood in the camp at Leopards‚ insists Clark‚ is positive.

“I think the feeling through the whole club is that we just need that one win under our belt and it will prove the tipping point for our season.”

Kaizer Chiefs director Jessica Motaung says they would be disappointed if the season is not completed due to the coronavirus outbreak and the ...
Sport
1 year ago
Next Article