How Dax's dream move turned into a nightmare 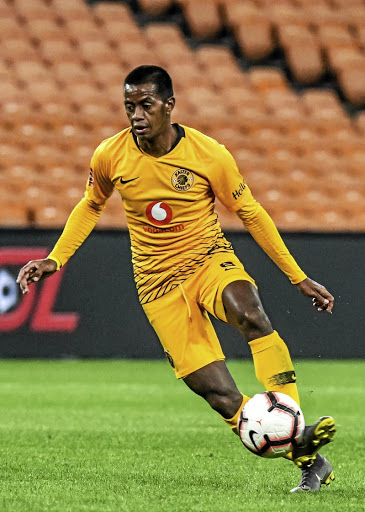 From earning a mere R6,000 to getting R60,000 per month, Andriamirado "Dax" Adrianaminana thought he had secured a dream move to South Africa.

But it has now turned into a nightmare.

The Madagascar international will have to part with more than R300,000 of his riches to pay his former club Fosa Juniors, after he and Kaizer Chiefs were found guilty by Fifa of a "unilateral breach of contract" when he moved to SA in June 2018.

Chiefs must pay just about the same amount, should their appeal to the Court for Arbitration in Sport (CAS) fail. Amakhosi also cannot register new players until June 2021.

Sowetan has seen the 15-page Fifa ruling, which was made by a five-member committee headed by Englishman Geoff Thompson last week.

It lays bare the desperate lengths which both Dax and Chiefs undertook to ensure the move to Amakhosi happened despite numerous pleas from his Madagascan employers. Once Chiefs spotted the holding midfielder at the Cosafa Cup in Polokwane in May 2018, he was convinced he was under no obligation to tell his club Fosa who, upon hearing of Chiefs' interest, notified the SA club he was under contract until October 2020.

While Chiefs maintained their stance that the Malagasy league was not professional and thus Dax could not have a valid contract, the Absa Premiership side proceeded to make an offer of US$25,000 (more than R375,000) for his services. "Fosa declined the offer as it was way below expectations," the Fifa ruling reads.

Fifa's players committee provisionally granted Chiefs permission to register Dax, which they did in August 2018, but three months later, "Fosa lodged a claim against the player and Chiefs", demanding compensation amounting to €150,000  (more than R2,4m).

Chiefs, however, upped their offer to €32,546 (more than R535,000), despite disputing that the player had a contract with Fosa, and arguing his signature on a deal that was to expire in October this year, was forged. But Fifa ruled the fact that Chiefs made an offer was "an acknowledgement that indeed he had a contract" with Fosa.

Fifa also concluded Dax's signatures on both his Chiefs and Fosa contracts seemed to be "alike and genuine" and could not have been forged, although it conceded a handwriting expert was not called.

Dax, 28, who transferred to Black Leopards last year, has now been banned from playing for four months, although like Chiefs, he's expected to appeal to the CAS.

His contract with Chiefs was worth more than R1,1m per year, including R280,000 for image rights. The contract he's said to have breached with Fosa was worth just R170,000 per year.