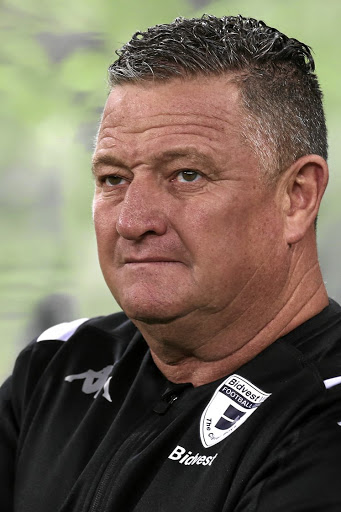 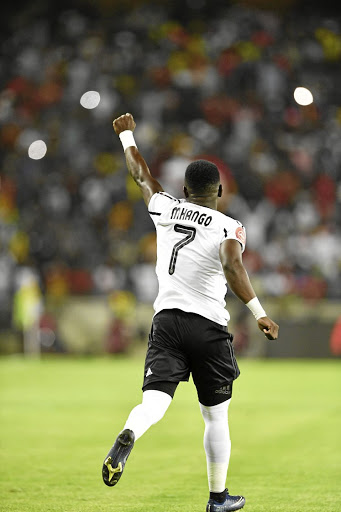 Bidvest Wits coach Gavin Hunt says he regrets letting go of the free-scoring Gabadinho Mhango to Orlando Pirates, but that the offer the player got was too good to refuse.

Mhango has become a fan-favourite since joining Bucs back in June from the university side. He is currently the leading scorer in the league with 12 goals to his name, and has one more in cup competitions, taking his tally to 13 this season.

This is his highest goals return since arriving in SA in 2013 to join Bloemfontein Celtic. The Malawian international spent three seasons with Wits, whom he joined in 2016 from Celtic. "He was a big part of our team. They came in with a good financial offer and we had to look at what was best for the club," Hunt told Sowetan.

"I was definitely sad to lose him but I couldn't hold him back from making a good financial move for himself. Obviously, we couldn't match the offer because we have a small budget.

Hunts believes Mhango can do wonders when played to his strengths.

"Gaba scored goals for us. When given a role where he can have a go at the defenders, that's when he can do well for you as a team."

Wits were a bit thin at the beginning of the season after losing a number of players. Mhango was not the only one to leave as Robyn Johannes, Darren Keet, Dylon Claasen and Lehlohonolo Majoro, to name a few, also left. In this current January transfer window, Wits have been busy, with three new players signed: Lorenzo Gordinho, Eva Nga and Kgaogelo Sekgota.

Hunt hopes the players will boost the team. "We have a lot of injuries and we need them to step up for us, that's why we signed them.

They must play and contribute. There were certain areas in our game that I felt we were lacking in certain departments."

For the first time in a while, the race for the Absa Premiership Golden Boot looks interesting and there is even hope that the 20-goal mark will be ...
Sport
1 year ago

Who deserves credit for Pirates' revival?

Josef Zinnbauer has thrown open the door for a number of fringe players to compete for places as he settles into his role as Orlando Pirates coach.
Sport
1 year ago
Next Article