The secret behind Orlando Pirates' resurgence 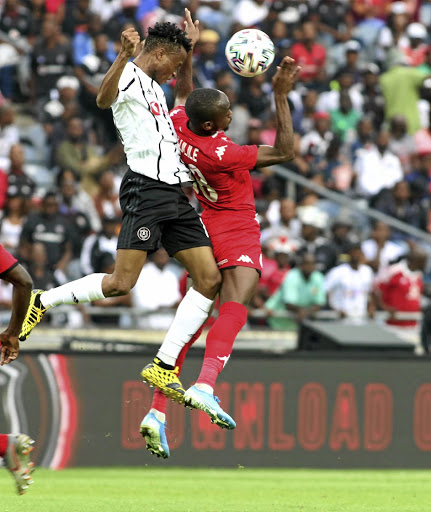 Having been in blistering form since the arrival of new coach Josef Zinnbauer, Orlando Pirates winger Luvuyo Memela has candidly opened up about what new the German has introduced.

After beating Highlands Park 3-1 at Orlando Stadium at the weekend, Zinnbauer has now won four of the five matches he's been in charge of, with one draw.

To punish the struggling Lions of the North at Orlando Stadium, the Buccaneers needed first-half goals from Gabadinho Mhango, his 12th of the season, Thembinkosi Lorch, his maiden in the league, and Phaseka Mako. Highlands struck their consolation via Mlungisi Mbunjana in the second stanza.

Memela, who bagged the Man of the Match accolade against Highlands, has chalked up their resurgence under Zinnbauer to the new mentor's retaliation on finding balance between attaching and defending, suggesting previously they focused more on going forward and neglected defensive duties.

"We had find solutions for us to defend. The coach said to us that he watched our video clips and he saw that we were attacking but not defending as a team, that's what we worked on in the first week he came in [in December last year]," Memela revealed.

"Sometimes we tend to attach and forget that we had to defend. If you could see even today [on Saturday], as much as Highlands were coming at us, we closed spaces inside the box to prevent them from penetrating and they ended up playing long balls."

Boasting three league assists, Memela has been enjoying a great partnership with Mhango, who leads the scoring charts.

"It's easy to play with a player like Mhango because you know he always likes to go on the left flank and cut inside to the right ... he's got a good right foot," said Memela.

"What I need to do is to look for him, when I get the ball he knows I will turn and find him. It all starts at training."