'I thought Komphela would succeed': Kaizer Motaung speaks out about Chiefs' managers 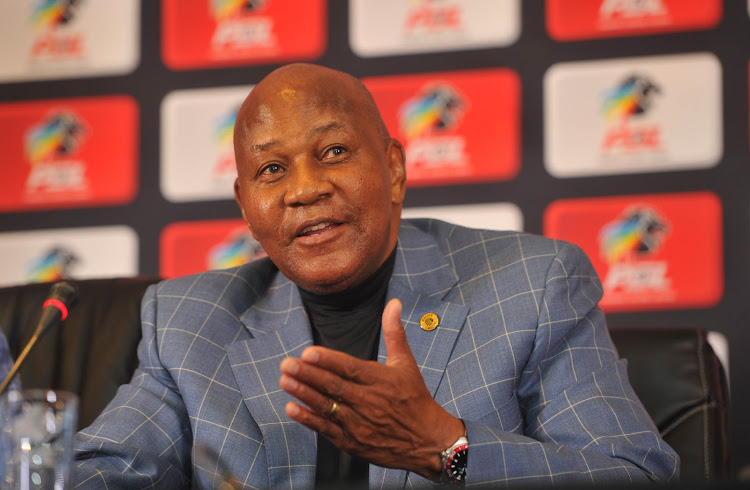 In a wide-ranging interview to mark Kaizer Chiefs’ golden jubilee, club boss Kaizer Motaung reflected on some of the coaches the club has had over the years.

He put Giovani Solinas - who lasted just four months at the helm - in the same class as Orlando Casares, an Argentinean he hired for a short spell in 1983.

“Solinas … you can put him in the bracket of Casares,” said Motaung.

Italian Solinas succeeded Steve Komphela at the beginning of last season, with the latter being removed after three years.

Casares was employed by Chiefs in 1983, but his time was also very short as the Chiefs players questioned his coaching credentials when he was found wanting with his tactics.

“And you think, 'Hey, there’s something there.' There was nothing there," he said, laughing. "He was just lucky that there was a team."

Solinas also had a poor spell at Chiefs, until the club sacked him four months into his contract in December last year as it became apparent he was taking the Glamour Boys nowhere.

But Motaung had kind words for Komphela, saying the former Bafana Bafana captain was committed to his job and there was no doubt about his work ethic.

“I must confess, I was confident that Steve was going to do it because of his work ethic,” said Motaung of Komphela, who also failed to bring in any piece of silverware in the three years at the club after succeeding former Bafana coach Stuart Baxter.

“It could be either him or the entire technical team that he put around him was not the right one. We don’t know. But we cannot fault him for working and his work ethic.