Eat your hearts out gals, Itumeleng Khune is taken 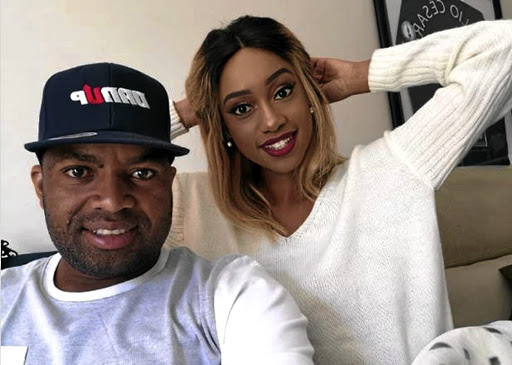 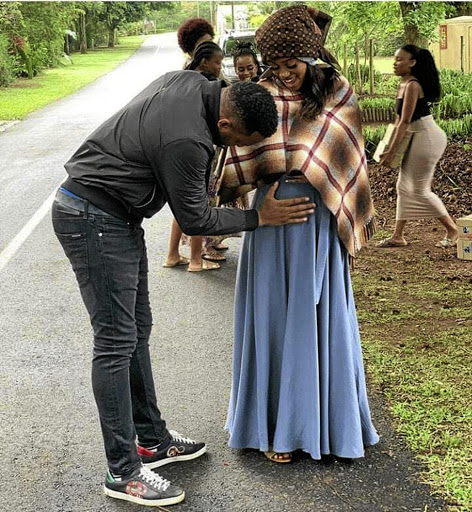 Kaizer Chiefs goalkeeper Itumeleng Khune is seemingly off the market.

The soccer star who has had failed romances with Durban beauties Minnie Dlamini and Sbahle Mpisane has set a social media storm, teasing that he's engaged to sweetheart Sphelele Makhunga - another Durbanite.

Makhunga is not holding back either. Further fuelling engagement rumours she shared a picture on Instagram looking ready for her makoti duties. In the snapshot, she is seen wearing a doek up to her forehead and small tartan blanket - which in African tradition is a sign of respect for a bride.

In the caption, she dates it 16.11.2019, suggesting that Khune paid lobolo on Saturday. She then addresses a "Thank You" to seemingly her new fiancé Khune.

Khune left a comment in the post, writing: "My Wifey Bear", and using a diamond ring emoji to seal the deal.

One follower commented on the same post: "Congratulations. I wish nothing but pure peace, happiness, growth and unconditional love in your union. Keep God in your corner always." Khune replied to the congratulatory message with a: "thank you".

Lobola and a Makoti! Itu Khune set to marry Sphelele

Over-the-moon Makhunga has flooded her Instagram story with lovey-dovey snapshots dedicated to Khune.

"The aunts came bearing gifts for their makoti," she captions one photo with three women wearing head scarves and shawls over their shoulders.

"Thank you my official hubby bear," another snapshot with her holding Khune's hand reads.

Makhunga also uploaded a video in which she and Khune are seated at a dinner table eating from the same plate.

Yesterday morning, Khune shared a picture of Makhunga in her demure makoti attire.

Another picture of Khune cradling Makhunga's stomach have led many social media users to speculate that they could be expecting some bundle of joy too.

At a social event in September, Khune told Sowetan he was ready to settle down with Makhunga.

Efforts to get hold of the couple were unsuccessful yesterday.

Sis says she dated Itu in the past.
Lifestyle
2 years ago

Sbahle is doin' just fine fam..
Pic of The Day
2 years ago

'I’m back!' – Sbahle breaks her silence after being discharged from hospital

After spending more than three months in hospital recovering from a horror car crash that nearly claimed her life‚ Sbahle Mpisane has returned to ...
Lifestyle
3 years ago
Next Article