Pupils get high at school, post images on social media 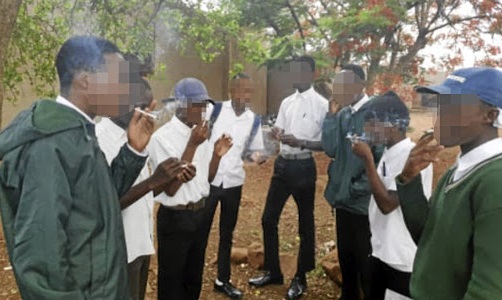 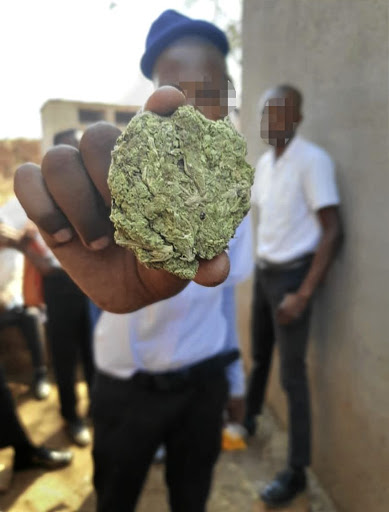 A group of pupils from a Mpumalanga school have shared pictures of themselves on Facebook smoking dagga while on the school grounds wearing their school uniform.

The photos of the pupils from Mehlobovu secondary school at Ngwenyeni village, 40km south of Komatipoort, have sparked calls to the provincial department of education to act against drug use at public schools.

Sowetan has seen five pictures in which the pupils tag each other as they smoke,
appreciate and discuss the quality of the marijuana.

In one picture captioned "gun to gun", a group of about eight pupils are standing in a circle holding and smoking marijuana blunts.

Community member, Sipho Nkosi, who brought the matter to the attention of the department said the pictures were shocking.

"Something needs to be done by us as the community and the department.

"The parents of the pupils need to help us because we also send our children to that school and we can't afford to have them getting hooked on dagga," said Nkosi.

The family of a 16-year-old boy who was assaulted in full view of other pupils at Monument High School in Krugersdorp, west of Johannesburg, have ...
News
2 years ago

The department of education has called on community members and traditional leaders to intervene in the matter.

The spokesperson for the department of education in Mpumalanga Jasper Zwane condemned the actions of the pupils.

"We are calling on the school governing body of that school to enforce their safety measures," said Zwane.

He said they would be engaging the police so that there could be surprise raids at the school.

"This [Mehlobovu] is one of the schools we think needs special attention," said Zwane.

He said for their adopt-a-cop strategy to work, it needed the involvement of parents and the community at large to also get involved.

One of the pupils, involved in the sharing of pictures on Facebook, has nicknamed himself Simbalentwana which can be loosley translated as a sh*t youngster.

"We aim to make sure that our school is safe, so random searches by the police will be done," said the chairperson of the school governing body Sipho Mathonsi.

More than 20 Hilton College pupils will be punished, but not expelled, for buying, selling and smoking dagga, the school confirmed on Tuesday.
News
2 years ago

Members of the Rastafarian community in Butterworth have started selling dagga on the N2 between Mthatha and East London.
News
2 years ago

The Mpumalanga department of education is planning to install metal detector machines and provide drug test kits to 200 schools in the province.
News
2 years ago
Next Article