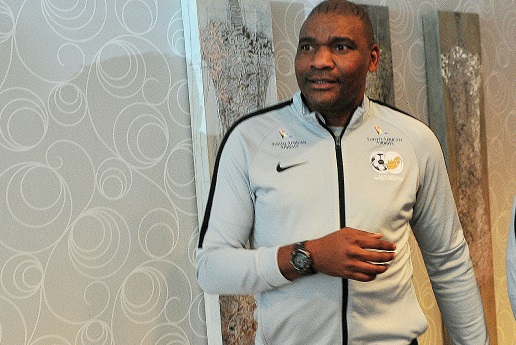 Bafana coach Molefi Ntseki has indicated that he may be ready to introduce under-23 players to the senior team.

When the former under-17 national team coach was appointed at Bafana, it was expected that his team would be made up of players from the youth teams. However, Ntseki has delayed introducing youngsters into the senior squad and mainly retained the players who formed the core of Stuart Baxter's team.

This is perhaps about to change as Ntseki is looking to injected youthful vigour into Bafana.

"Part of what we spoke about was the need to have players who can help the current players. If you look at Kamohelo [Mokotjo] and Dean [Furman], they are the two obvious choices at defensive midfield," Ntseki said.

"We need to profile two or more players who can come in... like in the under-23 we have Teboho Mokoena, Sipho Mbule and Athenkosi Dlala. It is important for us to look at such positions."

Bafana Bafana star midfielder Lebogang Phiri did not have the best start to the year after he was overlooked for the Afcon finals in Egypt.
Sport
2 years ago

Ntseki guided Bafana to their first official win under his tenure when they defeated Sudan 1-0 at the weekend.

Bafana had tight schedule last week that included back-to-back clashes with Ghana (lost 2-0) and Sudan, which they emerged from with three points out of a possible six.

"There was nothing I could do about the travelling or complain because it was a decision of CAF. The players were complaining about being tired but we had to psyche them up.

"In the national team you don't even have time to work with individual players, especially when it comes to the technical aspect of the game. We had two sessions before Ghana and one session before Sudan," he said.

Now the team will have a lengthy interval in the Afcon qualifiers and will resume them next year in September against island nation São Tomé and Príncipe.

Bafana coach Ntseki set to ring the changes against Sudan

Molefi Ntseki has hinted at making changes to his team when Bafana Bafana host Sudan in a crucial 2021 Africa Cup of Nations qualifier at Orlando ...
Sport
2 years ago

Ntseki says Bafana ‘could have had a draw’ against Ghana

Bafana Bafana “could have had a draw” against Ghana‚ coach Molefi Ntseki said after his team’s 2-0 Africa Cup of Nations defeat in Cape Coast on ...
Sport
2 years ago
Next Article