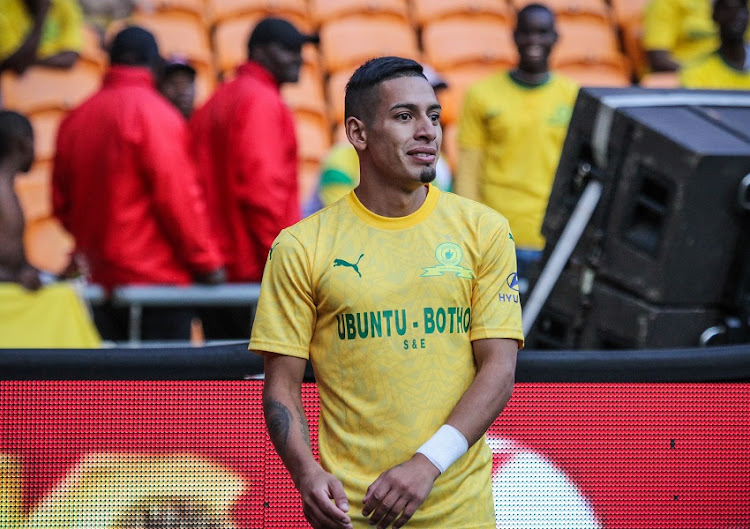 Mamelodi Sundowns attacker Gaston Sirino and his club have been charged by the Premier Soccer League (PSL) with bringing the game into disrepute for an incident where the player allegedly slapped SuperSport United midfielder Dean Furman.

The skilful Uruguayan has been charged‚ according to the charge sheet‚ in possession of SowetanLIVE‚ with‚ “contravening Rule 54.3.13 of the [National Soccer League] Rules”.

This is regarding an incident that occurred in SuperSport’s 2-0 MTN8 semifinal win against Sundowns at Lucas Moripe Stadium on September 18.

Sirino was seen to apparently fend off SuperSport defender Clayton Daniels with an elbow‚ then slap Bafana Bafana midfielder Furman.

He will appear before the PSL’s disciplinary committee (DC) on Monday‚ November 11 at 6pm on the charge that he “brought the game‚ the sponsor MTN‚ the complainant [the PSL]‚ Safa‚ Caf and Fifa into disrepute”.

Sundowns are also charged with bringing the game into disrepute.

The charge against Sirino follows two days after Sundowns coach Pitso Mosimane was on Monday given until Friday by PSL prosecutor Nande Becker to explain comments he made last week on match officials.