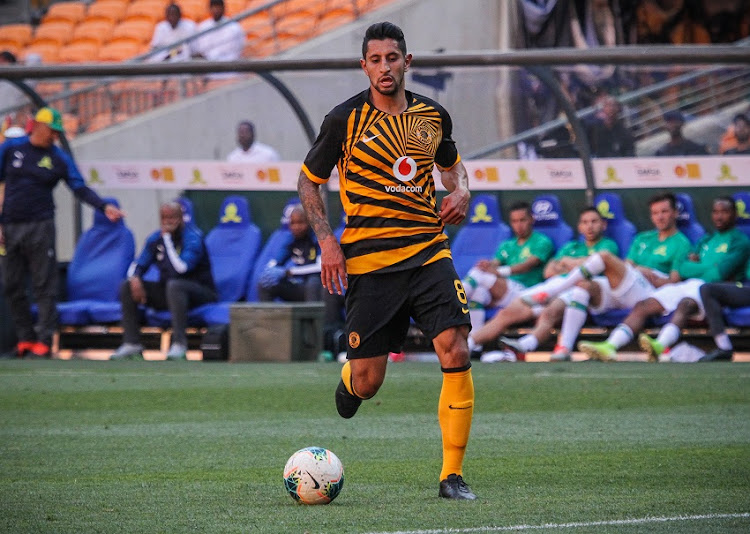 Leonardo Castro of Kaizer Chiefs During the 2019 Shell Helix Cup match between Kaizer Chiefs and Mamelodi Sundowns at the FNB Stadium, Johannesburg on 12 October 2019.
Image: ©BackpagePix

An individual moment of brilliance or a match-winning performance can turn a big game‚ such as Mamelodi Sundowns’ crunch Absa Premiership matchup against Kaizer Chiefs at Loftus Versfeld on Sunday.

SowetanLIVE has come up with three of Chiefs’ players who can produce such a moment or display:

Chiefs’ supporters will hope their talisman Billiat ups his game against his former club‚ and indeed if the Zimbabwean international is in the groove‚ a great result for Amakhosi will be in the offing.

At stake will Chiefs’ place at the top of the table‚ which they will keep with a draw or stretch it to five points with a victory. That win is likely to come if Billiat finds his scoring boots or passes to feed his fellow teammates up-front.

Billiat knows he will be a marked man‚ but it is his ability to surprise his markers with his first touch that will be enormously vital.

Akpeyi has a love and hate relationship with most of the Chiefs supporters but it is how he performs in on Saturday that can change all that. If the Nigerian No 1 manages to keep Sundowns’ dangerous striking force at bay‚ few of Amakhosi’s diehards will continue to doubt his talents between the posts.

Akpeyi has already won a man-of-the-match award for Chiefs this season and a repeat of that against Sundfowns may well contribute in ensuring Amakhosi win this match. Communicating better with his defence will help the former Chippa United gloveman to keep a clean sheet.

Castro’s form has improved in time for him to be considered to start alongside Billiat and Samir Nurkovic at Loftus. Also‚ playing against his former side should motivate the Colombian‚ who is eager to set the scene alight this season.

A good showing against a strong Sundowns defence will also help Castro in cementing his place as a leading front-man at Chiefs. If he can repeat his recent brilliant link with Billiat in Amakhosi’s 4-2 Shell Helix Cup defeat of Downs‚ he will be a threat. A flat and uninterested Castro will‚ however‚ limit Amakhosi’s chances of winning this match.