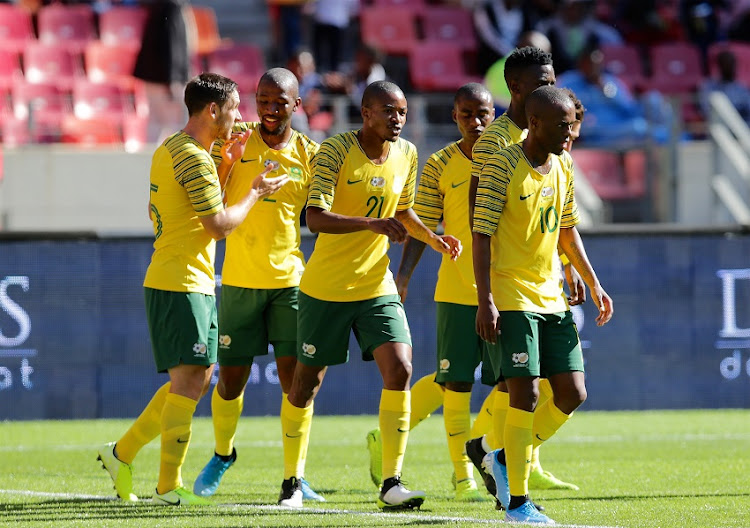 The South African Football Association (Safa) are at loggerheads with the Confederation of African Football (Caf) who want Bafana Bafana to play two Africa Cup of Nations qualifiers inside the space of three days next month and also host the home game against Sudan at 9pm on a Sunday night!

Safa acting CEO Russell Paul is having none of it and has told Caf that South Africa is refusing to accept such taxing requirements‚ especially when Paul says the schedule of fixtures for next month’s opening salvo of Cup of Nations qualifiers heavily favours the north African nations.

Ordinarily‚ countries make their own arrangements for home games‚ within the FIFA international window‚ and inform Cairo of their choice over the date of match‚ kick off time and venue.

But because it has been agreed by Caf members that a collective television rights agreements be put in place for this qualifying competition‚ the continental body are scheduling the games to ensure maximum TV exposure.

As things stand now‚ Caf wants SA to play their opening Group C game against Ghana in Kumasi on Friday‚ November 15 and then host the Sudan two days later at 9pm.

Paul said this was an impossible arrangement‚ given South Africa would have to fly back from Ghana on Saturday‚ November 16 and then go straight into their next match the next day.

The flying time between Accra and Johannesburg is five hours‚ 45 minutes.

Instead he is pushing for South Africa to play in Accra on Thursday‚ November 14‚ allowing the squad to return home the next day (flights from Accra to OR Tambo International Airport leave 9am daily) and then play again on the Sunday against the Sudan.

But he says the proposed 9pm kick off time is ridiculous.

”No one will come out to watch at that time of night before a working day. I’ve told CAF we can only play on a Sunday afternoon‚ not evening.”

He is hoping for a kick off of either 3pm or 4pm.

South Africa are hosting the Sudan at the Orlando Stadium in Soweto.

“We cannot take the game outside of Gauteng because there is no time to catch any connecting flights after the team comes back from Ghana.”

SAFA are now waiting to hear back from CAF as they finalise the programme of matches.

Each team is to play two matches in that six day window‚ one home and one away.

There are 12 groups of four countries each in the qualifying competition for Cameroon 2021. The top two finish advance to the 24-team finals.

CAF was contacted for comment but had not responded.