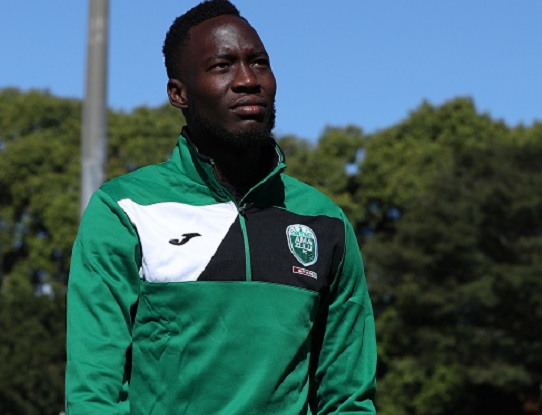 Somila Ntsundwana of AmaZulu learnt to see the silver lining when he was shipped out by Usuthu.
Image: Steve Haag / Gallo Images

Having been shipped out to GladAfrica side Royal Eagles on loan by AmaZulu, striker Somila Ntsundwana has admitted the decision to loan him out to second-tier didn't sit well with him at first.

"It came as a huge surprise because the coach [Cavin Johnson, who's since been fired and replaced by Jozef Vukusic at Usuthu] was evaluating each and every player before the start of the season," said 22-year-old Ntsundwana.

"He [Johnson] later told me that I must go on loan and get game time because I wasn't in his plans. I was disappointed and I didn't understand why I was being loaned out, but later I looked at it positively because I want to play regularly."

Despite the team's off-field chaos and poor form, the centre-forward has hit the ground running at Eagles - scoring two goals and grabbing an assist in
three matches. Bottom-placed Eagles are winless in their first four GladAfrica Championship outings, with two losses and two stalemates.

Bidvest Wits are slowly but surely pulling themselves out of the league title contention with their 2-0 loss to AmaZulu FC at King Zwelithini Stadium ...
Sport
3 years ago

"I am enjoying my football. However, as a team, we've not done well but I believe we can turn things around," he said.

The lad from Motherwell in the Eastern Cape said Eagles' off-field drama over the ownership of the club by the Mpisanes doesn't affect players.

"As players we are aware of the problems, but we do what we are hired to do," he said.

Eagles will be desperate for their maiden win of the season when they host fellow strugglers 15th placed TS Sporting, who are also winless with three defeats and three draws, at Chatsworth Stadium tomorrow (3.30pm).

AmaZulu finally get a chance to breathe

A first win in the Absa Premiership since April for AmaZulu not only comes as much relief for the Durban club but it also allows new coach Jozef ...
Sport
2 years ago