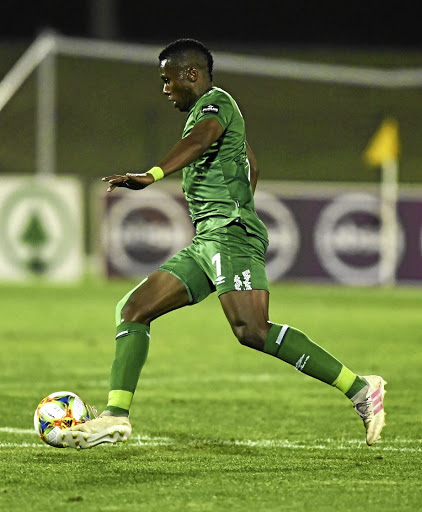 Usuthu goalkeeper Siyabonga Mbatha believes they have turned the corner after they claimed their first win of the season over Cape Town City on Tuesday.

A brace from the hard-working Bonginkosi Ntuli
ensured that AmaZulu record their maiden victory of the campaign at a buzzing King Zwelithini Stadium. For Cape Town City, debutant Mark Mayambela was on target.

"We need to build from this win [over City]," said Mbatha, who's yet to keep a clean sheet, with six goals conceded in five league games this season.

Mbatha, 30, heaped praise on the club's hierarchy and the technical team for remaining calm when the results were not forthcoming. Prior to the their win over the Citizens, AmaZulu had suffered five defeats and two draws.

"Credit must go to the management and the entire coaching staff, they never panicked during the past few games when things were bad. They kept believing in us. Their patience was key," said Mbatha.

AmaZulu's next league fixture, away to an unpredictable Baroka side, is on October 27.

However, Usuthu will be
involved in the Telkom Knockout from October 19, with the last 16 draw scheduled for Wednesday.

"We have almost four-weeks break, that gives us enough time to work on our combinations. We'll work on everything. We need to bring stability and consistency in this team," said Vukusic.

"Players must show character, we are working on that aspect. I would like to play a different kind of football from what the team is playing now; the break will help me."