'Nodada would fit perfectly at Chelsea' 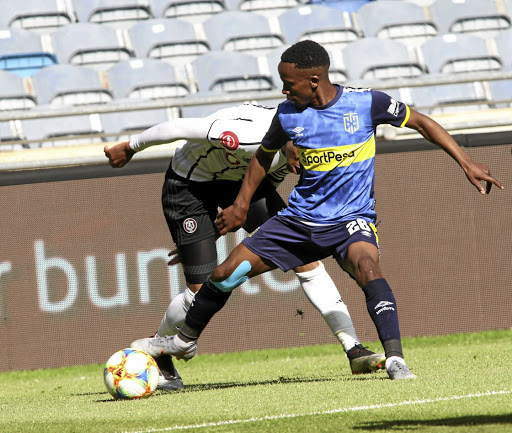 Notwithstanding his injury woes that saw him miss the better part of last season and a few matches this season, Nodada has already scored three goals in five league outings.

He put in another solid shift in their action-packed 3-3 stalemate away to Orlando Pirates at the weekend.

"I think he's got what it takes to play in all the biggest leagues in Europe. It takes a lot to say that because I think there's not a lot of players in SA that I can say from what I've seen - that got what it takes," said McCarthy of Nodada.

"I think for me, if I can make a comparison, I say if you take N'Golo Kante out of Chelsea you put Nodada in there, I don't think people will spot the difference."

The Citizens mentor didn't just shower Nodada with praises for his talent only, but the 24-year-old midfielder's character and behaviour were also commended by McCarthy.

"I think it's more than talent, you need tenacity, you need passion. You need to play the game like you've been when you played on the streets. [Nodada is] never late, never misses a training [session]... whatever knocks or pimp , always wants to train, always wants to stay [for] extra [training], always wants to do more and in the game you see it ... [he] runs the most," stated McCarthy.

"Every single time, he's able to put his foot on the pitch; it's a mission to get him off [referring to getting him a club in Europe]. Where do you see that [commitment and dedication] in our football today? When they say nine o'clock in the dressing room, some of them [players] [come] one minute past nine, two minutes past nine ... there's no responsibility."