Chiefs lash out at Sundowns over Khama 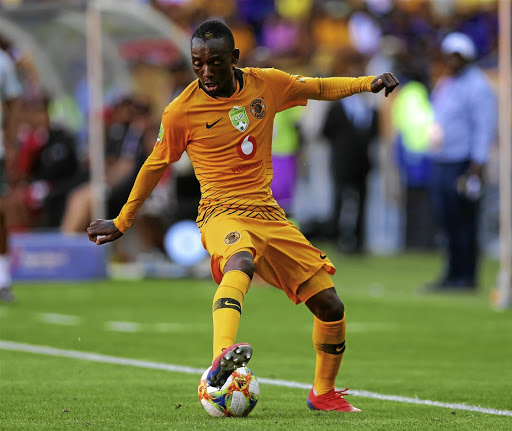 Khama Billiat will be staying at Kaizer Chiefs despite indications that his former club Mamelodi Sundowns want him back.

Sources have informed Sowetan that there's a very slim chance of the Zimbabwean forward reuniting with the Tshwane side.

Downs are believed to be willing to pay R15m for Billiat. The club's acting general manager Yogesh Singh has confirmed their interest.

Sowetan went in search of answers and it would appear that Billiat is not going anywhere and would be staying with Chiefs.

"It's up to the two clubs if they want to do the deal, but that Billiat is desperate to go back to Sundowns is not true. I can tell you that it's highly unlikely that this [move] would happen," said our source.

Speaking to Sowetan, Billiat's agent Mike Ngobeni of M-Sport-Management explained that Billiat is happy at Chiefs.

Ngobeni said that he's sitting on offers from the Arab countries like Saudi Arabia, but Billiat, 28, has no plans to leave.

"I would be honest with you regarding Khama, because even if you ask me tomorrow I would still tell you the same thing," Ngobeni said yesterday.

Ngobeni confirmed Chiefs' report that the reason Billiat has not been training is to recover from a knock and has missed their two opening Absa Premiership matches.

"Regarding the issue that he's not happy [at Chiefs], he never said anything to me. But like anyone, there's no way you are going to have a good day everyday. it doesn't mean that a player is not happy.

Kaizer Chiefs have threatened to take action against rivals Mamelodi Sundowns over Khama Billiat and branded the Brazilians’ public statements on the ...
Sport
2 years ago

"He's happy. I mean, I even brought some deals to him and he said he wants to stay at Chiefs," Ngobeni explained.

Late yesterday, Chiefs released a statement lashing out at Sundowns after Singh claimed that there are ongoing negotiations for Billiat's services.

"Kaizer Chiefs would like to put it on record that the information being peddled in the media about the club negotiating with Mamelodi Sundowns [for Billiat] is COMPLETELY FALSE AND UNCALLED FOR," read Chiefs' statement.

"We can confirm that there was an approach by Sundowns during the Afcon for the services of Khama Billiat, but we informed them that we are not selling the player. Following that, there have not been any negotiations with the Chairman, Kaizer Motaung or anyone from Kaizer Chiefs as reported in the media.

"We are concerned that the Sundowns official [Yogesh Singh] can misrepresent us in this manner, causing unnecessary confusion and uncertainty to our supporters and stakeholders."