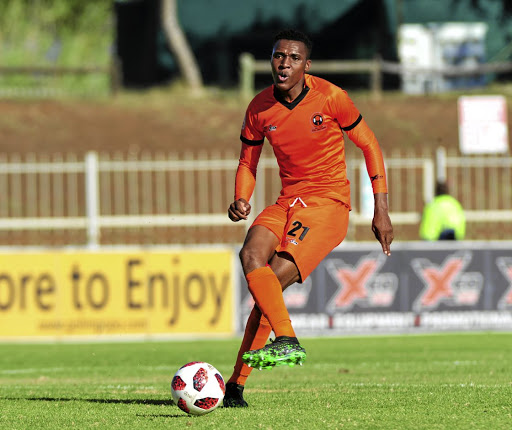 Mamelodi Sundowns are on the verge of signing midfielder Sammy Seabi from Polokwane City, Sowetan can confirm.

All the parties, including the player's agent Jazzman Mahlakgane, remain tight-lipped, but the deal is imminent.

"The man working on the deal is Jazzman and you know him, he doesn't speak about these things before it's done," revealed our source.

True to the source's word, Mahlakgane declined to comment at the time of writing. The 24-year-old midfielder is seen as a long-term replacement for Hlompho Kekana, who's still at his best despite being 34.

"The deal will be concluded any time from now. The most important thing is the club-to-club agreement and that is still outstanding. It's only a matter of time before Seabi joins Sundowns."

Seabi has been one of Rise and Shine's standout performers over the past couple of seasons.

He missed just five league games last term as the Limpopo side finished in a respectable fifth position on the league standings.

The Polokwane-born hard-running player has impressed since his top-flight debut in the 2015/16 season. He started just two games that season, but he's not looked back since becoming a regular the following season (2016/17).

He's now amassed a total of 111 appearances in the PSL and once reportedly attracted the attention of Kaizer Chiefs.

When the deal is completed, Seabi will become Sundowns' fourth signing in the current transfer window.

Why Downs have been quiet...

So, gone are the days when Sundowns used to dominate the transfer market. Before the arrival of coach Pitso Mosimane in 2012, it was not unusual for Downs to be the busiest team with signings.

In fact, Sundowns had over 20 foreign players in their books some years ago when they could only register five.

Mosimane, however, has reiterated that it's important for Sundowns to sign only what they need. "I know you guys are disappointed with the transfer market with us.

"The first season when I came to Sundowns I signed 11 players because I needed to change the team for the future. And we still struggled. "Ever since that we are the quietest team in the transfer window ... I have said that this thing of buying a lot of players is not the way," Mosimane told the media this week. As things stand, Mosimane appears to be happy with his squad and is seemingly focused on refreshing the team.

For instance, Seabi's signing is with the view to replace Kekana in the next few years. Mobbie's arrival is to refresh the right-back position, where Anele Ngcongca is not getting any younger at 31.