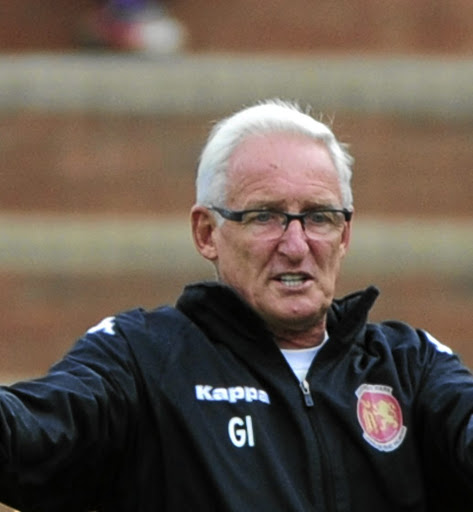 The country is still coming to terms with the poor start Bafana Bafana had in the Africa Cup of Nations (Afcon) after their loss to Ivory Coast.

The SA senior team suffered a potentially debilitating 1-0 loss at the hands of the West Africans in Cairo on Monday. Now, Bafana are on the back foot in Group D where Ivory Coast and Morocco are the front runners with three points apiece.

Former Bafana coach Gordon Igesund believes the team should opt for a formation with one holding midfielder in the next game.

"I felt we were a bit too defensive with two holding midfielders. Maybe we could have been more offensive," Igesund said.

Gordon Igesund has appealed for calm in the wake of Bafana Bafana’s failure to qualify for the Russia 2018 World Cup‚ and for coach Stuart Baxter to ...
Sport
2 years ago

"But it's easy to talk in hindsight. I think it was a good wake-up call and we now know what to do in the two other games."

The team will next face neighbours Namibia at the Al-Salam Stadium on Friday and then Morocco in their final game on Monday.

"It's tough to lose your first game. We need to win against Namibia. Our next game is a win-at-all-costs then get another positive result against Morocco," Igesund felt.

Former Bafana striker Mark Williams also called for a change in tactics but this time with three strikers up front.

"A loss was not a good result in our opening game," Williams said. "It's sad, because we wanted a win and now we are on the back foot. Maybe we should change our formation and play three strikers and get the goals. Let's be brave."

The former Mamelodi Sundowns and Kaizer Chiefs striker warned the team not to take Namibia lightly. "Namibia are a very good side and they were unfortunate to lose with a last-minute goal against Morocco. We must not think that a win will be a given."

How neutral venues have benefitted Bafana in the past

Sunday’s African Nations Cup showdown against Libya marks the third time Bafana Bafana have had the good fortune of playing a key away qualifier on ...
Sport
1 year ago
Next Article