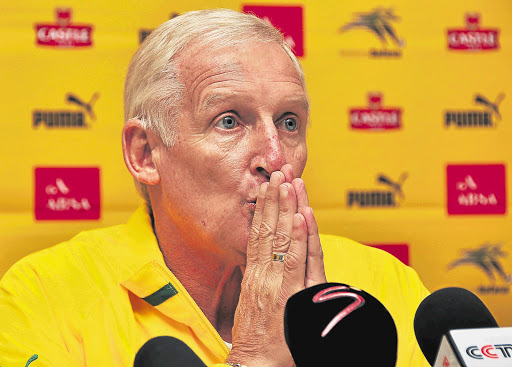 Four-time league champion coach Gordon Igesund thinks it will be unfair to judge Bidvest Wits coach Gavin Hunt if he does not defend the Absa Premiership title this season.

The Clever Boys have endured a turbulent start to the season, which has cast doubt on their ambition to reclaim the league title this term, having already suffered five league defeats in nine games, compared to six for the whole of last season.

Igesund does not expect people to regard Hunt as a failure if he does not mirror last season's triumph.

"He [Hunt] has done a fantastic job at Wits by winning the double [the league and the MTN8] last season. It will be disrespectful to judge him if he does not win the league this season," Igesund told Sowetan.

"I spoke to him a couple of days ago. I told him that sometimes you become victim of your own success. It is so silly of people to judge successful coaches. They must understand the nature of football - that you cannot win all the time.

"It is unfair even to judge him because of their unconvincing start to the season."

Despite his decorated career, the 61-year-old former Bafana Bafana tactician was also subjected to criticism when he struggled to save Highlands Park from relegation before he was subsequently fired last season.