'I can turn Chiefs into champions' - Kgoloko 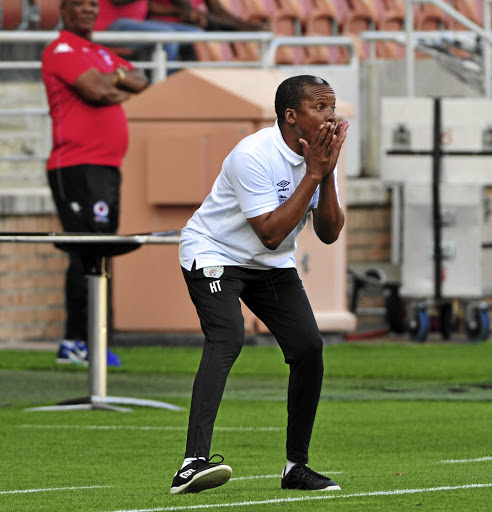 Amakhosi recently completed an embarrassing season where they finished ninth in the league and lost 1-0 to minnows TS Galaxy in the Nedbank Cup final.

The 49-year-old believes he could have done a better job as Chiefs coach, especially in the cup final in Durban at the weekend.

"I can build Chiefs to be a very strong team. The other clubs will start to respect us from that day," Thobejane told Sowetan.

"I can coach it at any time and deliver the results. I can do better than [Giovanni] Solinas and Ernst Middendorp combined."

He continued: "Chiefs is a big team why should they go into a game against Galaxy and worry too much about the opponent?

I'm sure they'll discover they deviated from Nene's original scouting and recruitment mechanisms.
Opinion
2 years ago

"Galaxy was not worried about marking Chiefs. They were concerned about keeping the ball and to attack," he said.

The former teacher at Mogodumo Primary School in Lebowakgomo added that players such as Willard Katsande would never make it in his team.

His famous words "football can kill you a real death" have become a popular aphorism in the local game. The tactician from GaMphahlele, outside Lebowakgomo, said he was making a general observation and people laughed at him.

"I told them this football will kill you. Football goes together with death. It's a spiritual death because everybody wants to win but it's not possible for everyone to win," he said.

"Football has no therefore. And it will continue killing people," he reflected in relation to Orlando Pirates' narrow loss in the title race.

"Our national team depends on Pitso because they have an identity. In truth, the national team should have at least seven Sundowns players in the starting line-up. And then build around them. They are not playing the opponent they play football."

Thobejane has been without a job for six months after he was fired by Gauteng ABC Motsepe League side Ma-Lions FC in November.

If they call we can talk, says striker
Sport
2 years ago

Gomolemo Motshwane looks at the areas where Kaizer Chiefs need to re-enforce their squad.
Sport
2 years ago
Next Article