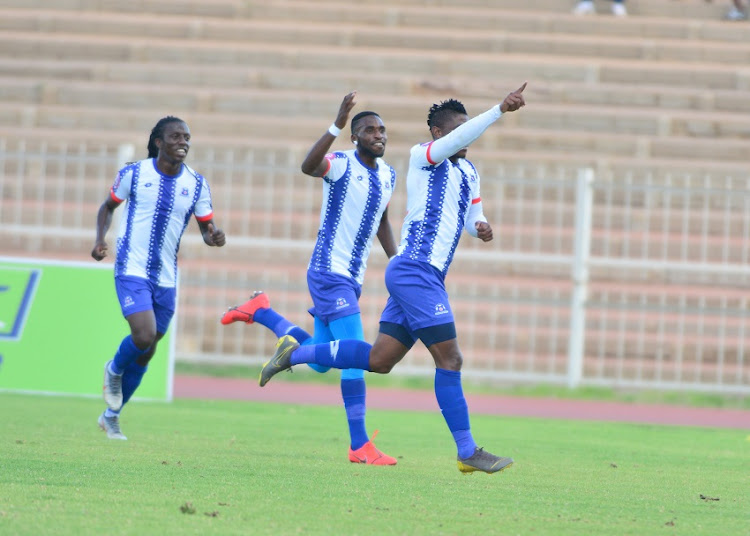 Judas Moseamedi and Bongokuhle Hlongwane scored second half goals as Maritzburg United took a giant step towards safety with a 2-0 victory over Tshakuma Tsha Madzhivhandila in their PSL Promotion/Relegation Play-Off clash in Thohoyandou on Wednesday.

The result ends TTM’s realistic chances of promotion‚ while Maritzburg can seal their survival when they travel to Royal Eagles next Wednesday.

For the moment they would need a win‚ but could require just a point depending on the next Play-Off result between TTM and Royal Eagles in Limpopo on Saturday.

Maritzburg head the table with a full haul of six points‚ Eagles have three and TTM have yet to break their duck.

Maritzburg now have back-to-back wins in the Play-Offs without conceding a goal‚ and are on a run of four wins and a draw in their last five games‚ hitting form at the right time as they battle against the drop.

The victory against TTM was deserved‚ with the home side barely creating an opening‚ their only chances coming from Maritzburg errors.

United striker Mohau Mokate should have put his side ahead on 15 minutes when he did well to create space for the shot‚ but then blazed over the bar.

Siphelele Ndlovu went on a rampaging run to the by-line and laid the ball back for Mokate‚ whose goal-bound shot inside the six-yard box was blocked‚ much to the irritation of coach Eric Tinkler.

TTM could have stolen a goal when United defender Siyanda Xulu's back-pass to goalkeeper Richard Ofori almost gifted the home side a chance‚ but the Ghanaian gloveman reacted quick enough to clear the danger.

Maritzburg’s possession dominance saw them take the lead midway through the second half when Moseamedi headed past TTM keeper Simon Mamudzidi from close-range.

The gloveman was at fault‚ remaining rooted to his line and giving the striker a free header from Deolin Mekoa’s excellent cross.

The lead was doubled on 82 minutes as this time Moseamedi turned provider‚ playing in Hlongwane to provide a neat finish.

It was a first senior goal for Hlongwane in just his third appearance for the club‚ carrying on his form from the MultiChoice Diski Challenge.