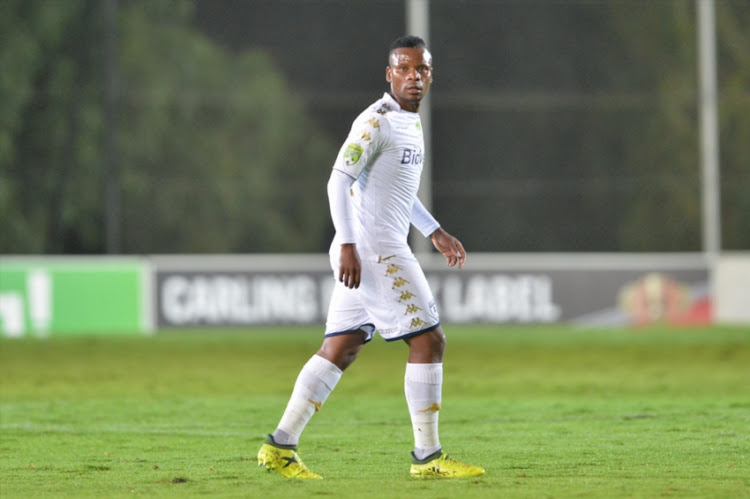 Maritzburg United have already gone some way to finding reinforcements demanded by new coach Muhsin Ertugral but their search for players to help them battle against relegation is set to continue through to the end of the transfer market.

Thobani Mncwango and Aubrey Ngoma are the latest players that the cub have made inquiries about‚ officials confirmed on Tuesday.

The 31-year-old Mncwango has been in limbo for two full years‚ first sidelined at Polokwane City after he refused to sign a contract extension and then not being able to make the breakthrough at Wits after joining them last season.

Last season‚ Mncwango played one game for Polokwane City and made two substitute appearance for Wits – his last bit of match action.

But 13 goals in the 2015-16 season for Polokwane City still makes Mncwango an attractive proposition for a Maritzburg United side desperate to find someone who can score.

Their six-goal tally this season is the poorest at this stage of the season in PSL history.

Ngoma is also a loan option.

The 29-year-old was signed from Cape Town City last season but started a solitary cup game for Mamelodi Sundowns in the 2017-18 season.

In this campaign‚ he has also been sidelined with just 129 minutes of football and was left behind last weekend when the squad went to Nigeria for their African Champions League title at Lobi Stzars of Nigeria.

Maritzburg have raided fellow top-flight side Cape Town City for midfielder Mpho Matsi and striker Judas Moseamedi‚ who have arrived on loan until the end of the season.

Both are reunited with Ertugral‚ who worked with the players at Mpumalanga Black Aces before that club was sold to John Comitis to form City in June 2016.

Moseamedi had spent the first half of this season on loan at Free State Stars‚ but netted just once in 14 appearances and had been given the chance to continue his career in KwaZulu-Natal.

Maritzburg have also signed Orlando Pirates striker Thabiso Kutumela‚ who has signed a three-year deal with the club.