Sredojevic believes Lorch has been Pirates' most influential player this season 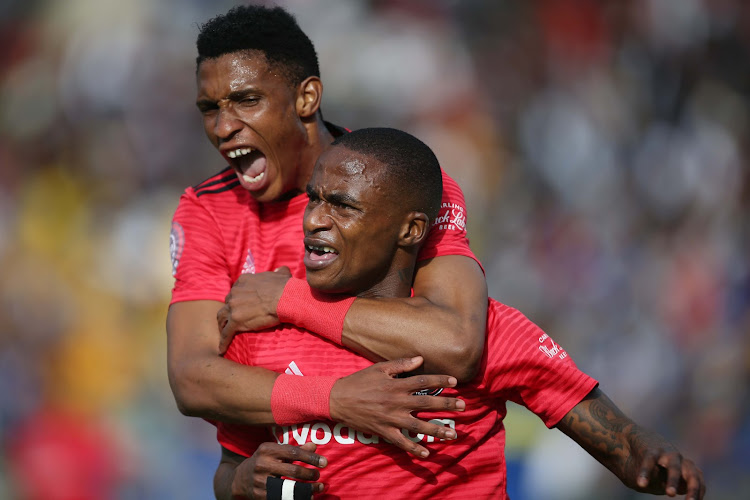 Orlando Pirates coach Milutin Sredojevic believes Thembinkosi Lorch has been his side’s most influential player this season as the club seek to end their five-year trophy drought on the final weekend of the Absa Premiership campaign.

Pirates lead second-placed Mamelodi Sundowns by a point‚ but have played a game more‚ and will hope to still have their noses in front going into Saturday’s final round of league matches where they host Polokwane City.

They will know the final day permutations after Sundowns host Lamontville Golden Arrows on Tuesday.

Whatever happens‚ Sredojevic says the fact that his side have only lost three out of 35 domestic league and cup matches this season is a cause for celebration.

“We have had a tremendous season and I must congratulate the players‚” he said.

“I must remind that in every knockout competition‚ we have not lost straight‚ we have only lost on penalties.

“It is something that we hope football will pay us back [this weekend].”

Pirates look set to surpass their points total of last season‚ when they finished as runners-up to Sundowns‚ and that shows progress according to the Serbian coach.

“With 54 points now … last year we had 55‚ so if we get to 57 points then we have surpassed what we did last year‚” he said‚ adding that his side’s failure to kill off opponents is a worry.

“We had so many draws [12]‚ very unfortunate‚ games we were supposed to win‚” he said.

“I would say in at least half of them we were supposed to win convincingly‚ so we regret that. It is an expensive bill that you pay when you are in a process [of building].

“To have only lost three matches in a whole season to now is something … but we need to reduce the number of draws to have more wins.”

Pressed on who his player of the season has been at Pirates‚ Sredojevic says it has been a team effort‚ but did single out one in particular.

“If you ask me as a coach‚ I will say Thembinkosi Lorch has contributed the most to the team‚” he said.

“But when I look at everything‚ I can say we have a tremendous group of players‚ who play with the heart‚ and a bench that is giving everything.

“As for most improved player … we regret that he had two injuries‚ but Ben Motshwari has really improved this season.”