Legendary Siyabonga Nomvethe hangs up his boots at age 41 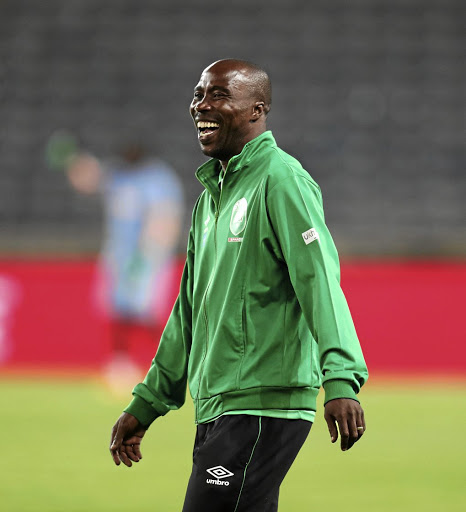 The time has come to say goodbye to one of SA's best ever strikers, Siyabonga Nomvethe.

"Bhele", to many of his followers, will play his last home match for AmaZulu when they take on Black Leopards at King Zwelithini Stadium today (3pm).

The PSL's top scorer of all time - he has 123 goals and followed by the retired Mabhuti Khenyeza with 110 goals - is calling time on his career at age 41.

Nomvethe was initially set to retire in December, but his contract was extended by six months.

But the club has now confirmed that the former Bafana Bafana striker is in the dying moments of his career, which has spanned over two decades.

Nomvethe has also played for African Wanderers, Kaizer Chiefs, Orlando Pirates and Moroka Swallows over the years in the domestic scene. He was the PSL's Footballer of the Season at the age of 34 seven years ago while in Swallows' books and has been lauded as a true professional by previous and current coaches, as well as teammates.

The KwaMashu-born marksman also plied his trade in Italy, Sweden and Denmark.

He played 82 matches for Bafana and scored 16 goals.

AmaZulu coach Cavin Johnson says the club considered experience above everything else when they decided to hand 40-year-old veteran striker Siyabonga ...
Sport
3 years ago

Siyabonga Nomvethe's retirement plans may have to be put on hold for six months.
Sport
2 years ago
Next Article