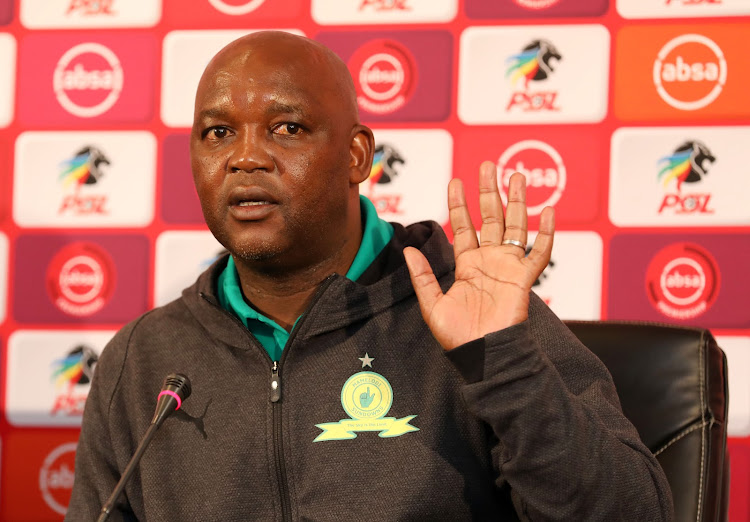 Pitso Mosimane says his repeated assertions over the last week that he does not care if Orlando Pirates win the league rather than his own side is but a “personal view” and does not reflect the mood in the Mamelodi Sundowns camp.

“That’s my own opinion but I respect all the supporters and I also cannot put that mood into the players and into the dressing room.

“But I’m talking for myself personally … if Sundowns don’t win the league this year‚ it’s OK.

“But that’s my opinion‚ It isn’t the club’s opinion.”

Mosimane said he knew he was outspoken and would continue to vent his feelings without fear or favour.

“Sometimes people take it in a different way‚ especially with me‚ in my space.

“If I feel I’m short-changed‚ I don’t like it‚ because I put all my hard work into this (coaching).

“I work very hard to prepare the team but when I feel the work we have put in‚ is taken away from me‚ then I become a different person.

“I don’t have a problem to lose. Some people say I’m a bad loser‚ but I‘ve never seen a good loser. The coach who loses and smiles is going to get the sack!

“Yes‚ I take it hard‚ I don’t like losing. Who likes losing? Maybe I should be modest but I don’t have that character.

“When I lose I’m not happy and when I feel I’m short changed‚ I say so. So be it‚” Mosimane added.