Mosimane refuses to be muzzled 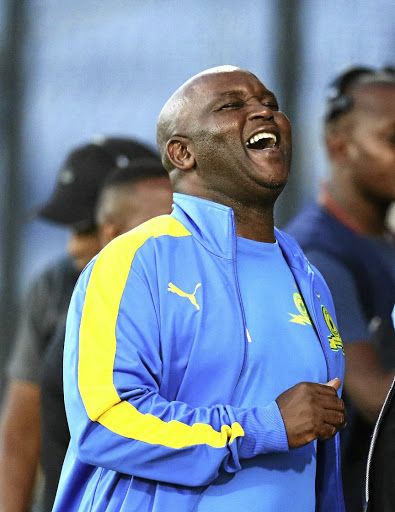 Nothing is going to stop Mamelodi Sundowns coach Pitso Mosimane from speaking his mind.

Always one to hog the spotlight for his outspoken nature, the former Bafana Bafana coach has been in the news again, lashing out at the Premier Soccer League's delay in finalising the Wayne Arendse matter.

It's been seven months since the central defender was fielded in the 1-1 draw against Bidvest Wits at Lucas Moripe Stadium. Sundowns were found guilty for playing an ineligible player since Arendse was not in the original 18-man squad that was submitted to the match commissioner on the day. The sanction is yet to be meted out.

Mosimane feels that if there's something to say, he will never shy away from pointing things out, despite suggestions that this makes him look like a bad loser.

"I don't have a problem to lose and yes, some people say I'm a bad loser. I've never seen a good loser," he said.

"The coach that loses and he smiles, he's gonna get the sack. So yes, I take it hard. I don't like losing."

Mosimane, meanwhile, is also awaiting punishment after being found guilty of punching a security official from AmaZulu in the face in Durban last year.