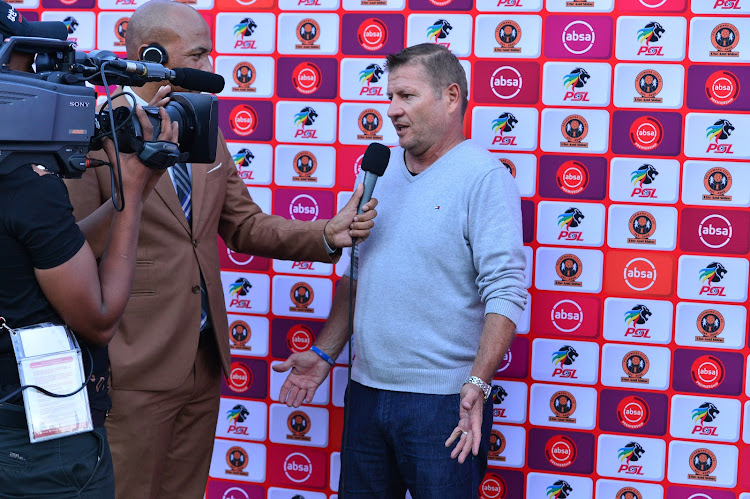 Polokwane City coach Jozef Vukusic has insisted that the talk of his surprise package causing one of the biggest upsets of the professional era by going all the way to win the league is not on the table.

Polokwane moved up to fifth spot on the Premier Soccer League (PSL) standings after coming from a goal down to beat Limpopo neighbours Black Leopards 3-1 on Sunday to stay in contention for top league honours.

As a result of the important win over Leopards‚ Polokwane are just four points adrift of joint log leaders Orlando Pirates and Mamelodi Sundowns and they are left with five games on their schedule before the end of the season.

“Sure we can dream but we don’t‚ we just keep up our daily work‚” the Slovakian-born coach said.

“Of course‚ I’m not stopping my team from winning all their remaining games‚” he joked.

“I’ve said to the players that the teams underneath us still think they can win the title and are gunning to win their last games‚ so let us not let them hurdle over us. But we are not thinking about the title‚ we are just going for our next game. It is tough enough for us‚” he said of Saturday’s assignment away at Atteridgeville against SuperSport United.

The 54-year-old Vukusic also admitted that Polokwane’s strong showing this season‚ where they have won 10 of their 25 matches and scored 34 goals so far‚ has caught even him by surprise.

“Now we need to stay humble and continue to go from game to game. Next game we will try again to win. We have achieved our target and now without that pressure we can continue.”

The rest of Polokwane’s schedule is home games against Bloemfontein Celtic and Chippa United and away clashes at Highlands Park and Orlando Pirates.