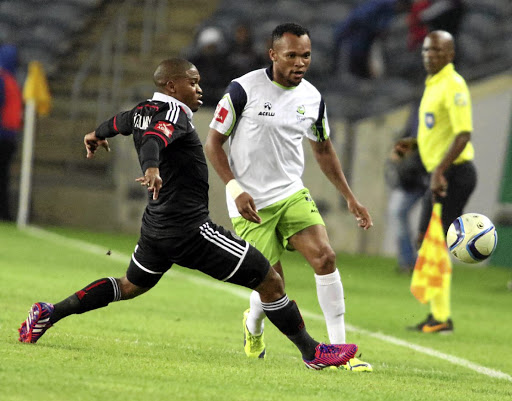 Forgotten ex-Kaizer Chiefs and Mamelodi Sundowns defender Punch Masenamela appears to have given up on playing in the Premier Soccer League again. Masenamela, 32, is currently on the books of Gauteng ABC Motsepe League side Baberwa, but is not registered for this season.

He joined the Midrand-based third-tier side after leaving Baroka. It's believed a lack of fitness was the reason he wasn't registered.

Without revealing much, when Sowetan asked him how he fancies his chances of making a top-flight return, he sounded despondent.

"Only God knows if I will ever play in the top flight again. Looking at everything, I think my only chance to return to the PSL is with this team [Baberwa] in the coming years. I am just focusing on playing for Baberwa at the moment," Masenamela said.

"I am not looking for anything [referring to a club in the elite league]. I was here when this team was started. I am part of the founding players. So I am loyal to this team."

The lad from Bochum in Limpopo has 147 top-flight games under his belt, having also played for Polokwane City and the now defunct Platinum Stars.

Having dropped to third spot after topping the table for the better part of the season, it looks like Masenamela's dream to return to the top division with Baberwa is now more far-fetched than ever.

Punch Masenamela has been kicked out by Polokwane City following a disciplinary hearing. The former Mamelodi Sundowns left-back arrived at Rise and ...
Sport
6 years ago

With only three games to spare, they are third on 54 points, five adrift of joint leaders Dondol Stars and JDR Stars.

Nevertheless, Baberwa chairperson Joe Seanego has not given up on finishing top, a feat that will guarantee them a spot in the national play-offs for a place in the National First Division.

"Things have just changed for us. But we can still win the league and go to the national play-offs," Seanego said.