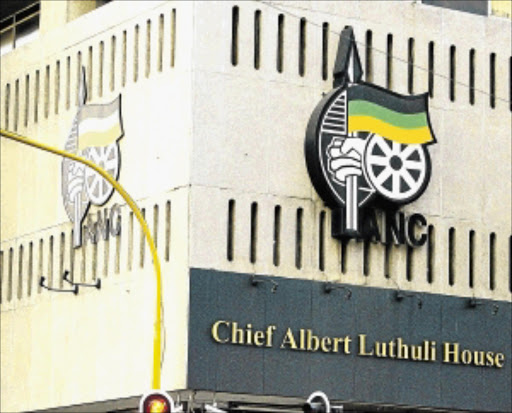 Thousands of pupils organised by Cosas marched to the Luthuli House to hand over a memorandum on Monday.
Image: Sydney Seshibedi

Under the banner of the Congress of South African Students (Cosas), hundreds of pupils from different schools embarked on a march to Luthuli House in the Johannesburg CBD on Monday.

Johannesburg metro police estimated the number of pupils to be around 3,000.

David Tembe, the chief of Johannesburg Metro Police Department, said several roads around the area had been closed off.

In the JHB CBD, COSAS students are marching along Pixley Seme.
Pixley Seme as well as Helen Joseph Str at Luthuli House are closed off & traffic is being diverted to Albertina Sisulu Rd pic.twitter.com/LbH73RtkEX

The Cosas members marched to the ANC headquarters to hand over a memorandum to the ruling party.

The pupils were also demanding answers about what had happened since they  delivered a previous memorandum several months ago.

Their latest memorandum was accepted by the party's secretary-general Ace Magashule.

Their list of demands included calls for the department of education to upgrade infrastructure and safety at schools.