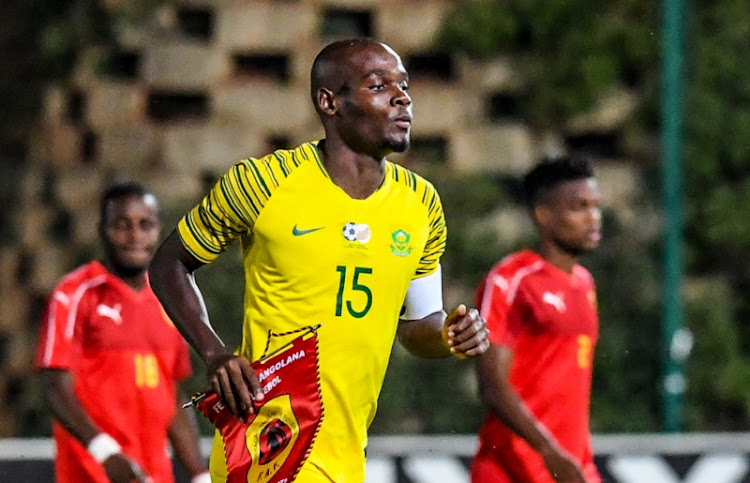 SA U23 captain Tercious Malepe believes the team is good enough to qualify for the CAF U23 Cup of Nations later this year.

The "Young Bafana" are off to a good start after beating Angola 6-1 on aggregate in the first round of the qualifiers.

Now there's one more hurdle to jump with Zimbabwe next in line in the second round to be played in June, with the first leg in SA and the second leg away.

Malepe, 22, has seen a team that knows each other from their U20 days. Even coach David Notoane, whose appointment may have come as a surprise to some people, has in fact worked with the boys while assisting Thabo Senong with the U20s.

South Africa’s Under-23 team took a confident first step towards the 2020 Olympics as they comfortably strolled past Angola 3-1 in Luanda in Friday’s ...
Sport
3 years ago

"I was leading these boys in the U20 national team and we are like brothers. We've never had problems, we never fight and we understand each other," Malepe reflected after they beat Angola 3-0 in the second leg at Bidvest Stadium on Tuesday.

"It's easier for me to communicate with them and we are friends, so we chill together. Even with the likes of Luther Singh, who's in Portugal, we chat and share our football experiences."

With the nation's hopes raised with the convincing win against Angola, Malepe is confident the boys can live up to expectations and reach the Afcon.

"If you look at our team, we have a strong attacking force. We can open any defence," Malepe stated.

"But for now we can't keep dreaming about the Olympics, because there are steps that we need to take before getting there and that is qualifying."