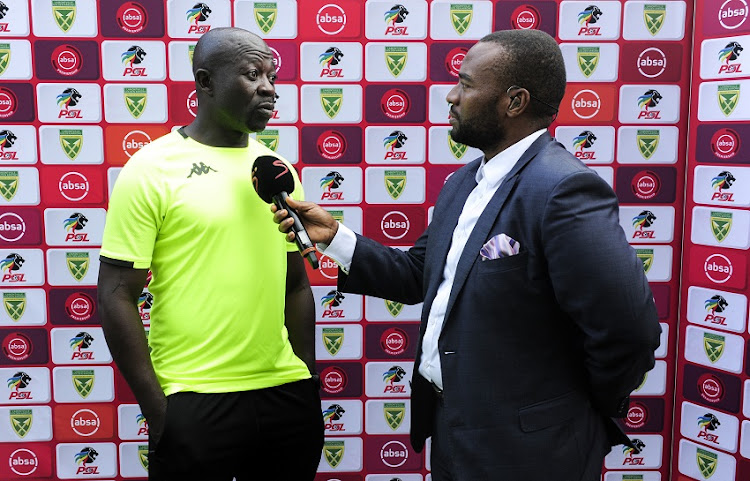 SuperSport United coach Kaitano Tembo has said that it is difficult to plan for Kaizer Chiefs under Ernst Middendorp because they change their playing style on a regular basis.

United host Chiefs in a high-profile Absa Premiership encounter at Mbombela Stadium in Nelspruit on Friday night and Tembo said Amakhosi’s ability to adapt to different formations is one of their strongest points.

“Their strongest point is that they are unpredictable under coach Ernst as they can adapt to different ways of playing.

"They are a difficult team to prepare for because they change their playing system regularly‚” said Tembo on Wednesday as United prepared for this important clash that can take them to second spot on the log.

Sometimes they play lopsided with Siphosakhe Ntiya-Ntiya as a right wingback even though he is left footed.”

“They also have speed in Dumisani Zuma and Khama Billiat who play off Leonardo Castro.

"There is also the revival of Bernard Parker who I think is playing his best football at the moment and he is working very hard.

"They look very solid and their defence is structured but we need to be well prepared for them.”

Rivals Cape Town City must drop points against Polokwane City for United to go second on the log‚ and Tembo's charges must in turn take all three against Amakhosi who are currently on a two-match winning streak following victories over Highlands Park and Maritzburg United.

“There is no doubt that this is a crucial game for us and we have try and to win.

"At the same time‚ if we don’t win I don’t think it will be the end of the world because all the teams at the top half of the table still have to play each other.

"We still have to play Sundowns‚ Polokwane City‚ Wits and points are going to be dropped along the way.

"I don’t think this game will decide where we are going to finish the season but a win is important to get closer to the top‚” he said.

“We know that we are playing against a very good team‚ they have done well in the past two games against Highlands and Maritzburg where they collected maximum points.

"They will be high on confidence but what is important for us is to focus on ourselves and put our best foot forward on the night.”

Meanwhile‚ midfielder Teboho Mokoena was awarded the Absa Premiership goal of the month gong for January for his wonderful long-range stunner in the 2-1 win over Bloemfontein Celtic in January.