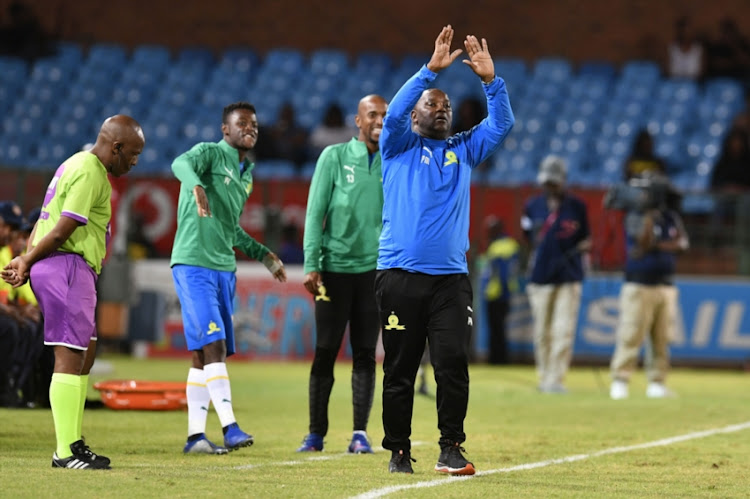 Mamelodi Sundowns coach Pitso Mosimane on Wednesday won the Absa Premiership Coach of the Month award for February‚ and Orlando Pirates forward Thembinkosi Lorch the Player of the Month prize.

Mosimane paid tribute to Sundowns' players‚ whose efforts he said resulted in him winning the award‚ which was presented in a ceremony at the Premier Soccer League offices in Parktown‚ Johannesburg.

"It means a lot to me‚ to the club‚ to the players‚ to the technical team.

"As I always say‚ I am only the recipient of this award because it is the players who cause the coach to win an award.

"Because if they win games then we come here and we look good here."

Lorch scored once in February in the PSL‚ in Pirates' 1-1 Soweto derby draw against Kaizer Chiefs at FNB Stadium.

The attacker was in sparkling form with assists and his influence as Bucs ended the month by getting their title hopes back on track with an impressive 4-1 home win against AmaZulu.