Chiefs not out of race - George Maluleka 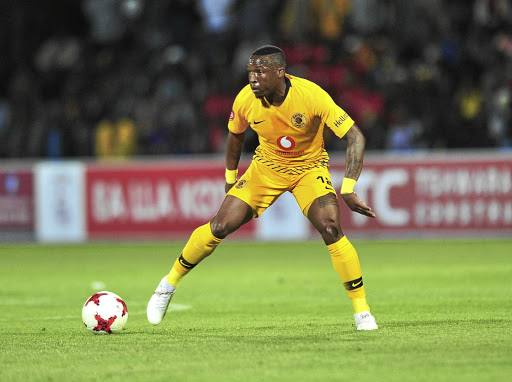 Kaizer Chiefs midfielder George Maluleka has grabbed his chance under coach Ernst Middendorp and understands he cannot afford to blow it.

The 30-year-old was in and out of the team during coach Giovanni Solinas' reign, but he's seen a lot more game time under Middendorp.

"I don't think there's a different George or anything. I think I've been doing the same things, working very hard and I'd say maybe there's more focus especially at this stage of the season," said "Mido", who was awarded Absa Premiership Goal of the Month for December at the club's Naturena village yesterday.

"You always have to be at your best and at a club like Kaizer Chiefs, there's no room for second chances or mediocrity. If you come on the day and you are not in top form, you know you are going to get the stick from the supporters. So you must always make sure that when you are on that field playing for this brand you are really at a top level," he said.

Chiefs are seventh on the log with 10 matches to go and nine points behind the leaders Bidvest Wits.

Despite the gap, Maluleka has not thrown in the towel as far as Chiefs' league chances. They take on Polokwane City at Peter Mokaba Stadium on Saturday (3.30pm).

"It's always been tricky to play Polokwane City. You never know what to expect, but we respect them and we always respect our opponents," Maluleka said.

"But with the kind of football we are playing right now, we can put ourselves in a better position to win the game. We know we are going to create the chances and we must make sure we convert."