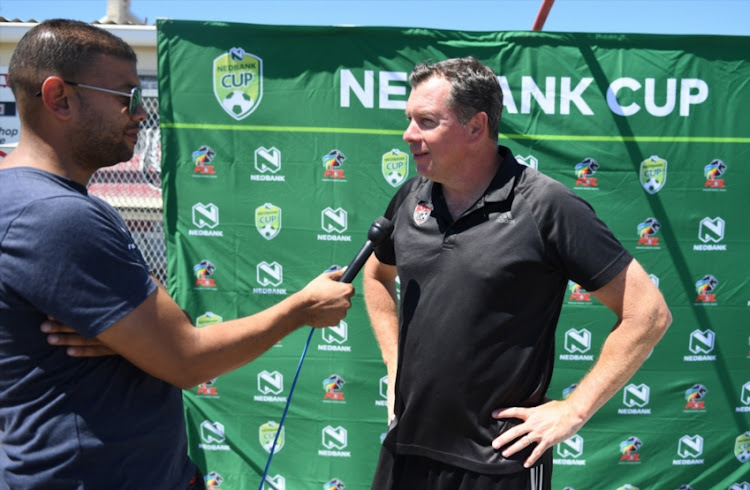 The Magic coach George Dearnaley is pleased with his players’ performance against Soweto giants Kazier Chiefs‚ even though they did not enjoy a fairytale ending in their David versus Goliath Nedbank Cup last 16 round fixture.

His team went down 3-0 on Sunday at Nelson Mandela Bay Stadium.

The National First Division‚ Cape Town side had to move their home game to the Port Elizabeth stadium after they could not secure a venue in the Mother City.

Dearnaley’s troops showed no respect towards the Glamour Boys and forced them into extra time as the game ended in a 0-0 deadlock after 90 minutes of play.

Chiefs later managed to score three goals which saw them progress to the quarterfinals of the competition.

Considering the fact that The Magic does not have their own training facilities and their players do not earn anything close to the amounts Chiefs pay‚ the former Hellenic FC striker said: “To hold the biggest team in the country to 105 minutes goalless is an unbelievable achievement for us.

“We maybe even had a chance to score a goal in the 90th minute.

"That could have maybe created the upset that everyone except the Chiefs fans wanted to see. But we are very proud of our guys.

"I think they gave us everything.

“I think the biggest difference between an ABC Motsepe team and professional teams is the level of fitness and we knew going into extra time it was going to be tough for us.

“This is an unbelievable experience of us to go head to head with Chiefs and lose only in extra time.

“At the end the score was maybe not a fair reflection of what we gave this game‚ but I think at the end it was fair score for what Kaizer Chiefs created.”

Prior to the match Dearnaley said traveling to PE and playing Chiefs was not only an adventure for his boys‚ but a dream come true to most who might never get the opportunity to play a game of that magnitude again in their lives.