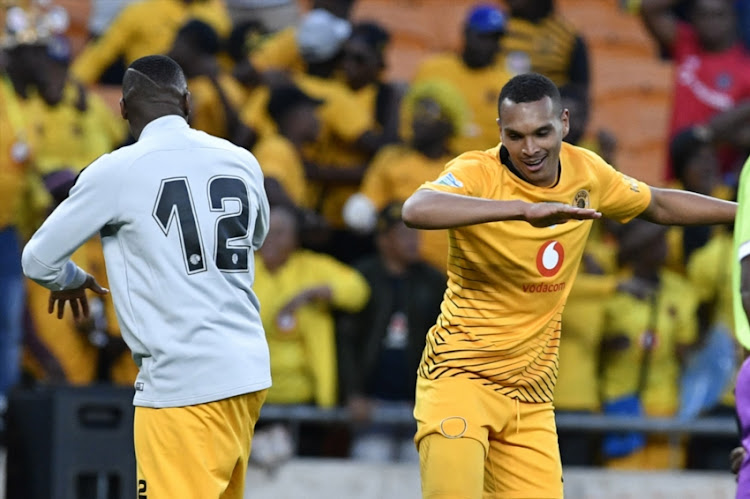 Kaizer Chiefs are trying to find a solution for how to integrate Ryan Moon back into their first team‚ Amakhosi coach Ernst Middendorp has said.

After a run of scoring matches in the second half of last season that had appeared a breakthrough for the 22-year-old centre-forward‚ Moon has dropped off the radar in 2018-19 with seven league appearances‚ but six of those coming as a substitute‚ and no goals.

Given that Moon seems a Bafana Bafana prospect – he was called up by SA coach Stuart Baxter as part of a developmental squad for the Cosafa Cup in Polokwane in June – the setback is a concern for club and country.

Middendorp took the opportunity of facing third division opposition to hand Moon a rare start in Sunday’s Nedbank Cup last-16 matchup against The Magic FC in Port Elizabeth‚ and the striker was unfortunate to strike the post in a goalless normal time.

Chiefs eventually steamrollered Magic to a 3-0 defeat in extra time.

Middendorp knows Moon well‚ having promoted him as a 19-year-old at Maritzburg United in 2015-16.

The coach said that‚ with matches coming thick and fast‚ it has been difficult for Moon to dislodge the far more experienced Leonardo Castro and Bernard Parker in the striker’s pecking order.

“It is bit of a pity situation for him‚ there is no doubt about it‚ for a player in his position‚ where he played quite regularly last year in the second half of the season‚ being quite successful and called up by Bafana Bafana‚” Middendorp said.

“Of course somebody really can identify the strengths and the possibilities of a player like Ryan Moon.

“I brought him into the PSL. He played his first game in Pietermaritzburg. And I had already identified the potential that was there.

“I’m quite confident‚ regarding his progress and what he went through in the past years with Steve Komphela and Giovanni Solinas.

“The situation is just‚ for a player in his position‚ probably the same as a player like Dumisani Zuma‚ to mention another example. They are both players with huge potential.

“At this moment for Ryan it’s a little bit of a pity situation in that there is no time to make a mark in training sessions.

“We play on Saturday‚ we play on Wednesday. We rush back to Naturena‚ try to select the next team‚ you play on Sunday‚ rush back‚ travel to Zambia and play on Tuesday. And then it’s difficult for these players.

“He is definitely a leading player‚ through confirmation of our player tech GPS‚ in ground covered and high intensity runs.

“That can tell you a little bit‚ and then it’s a plus if he’s still successful scoring in addition.

“We are looking into it and trying to find a solution‚ whenever that will come.”