'Salesman' Sono is reason why Cosmos are stagnant - Katongo 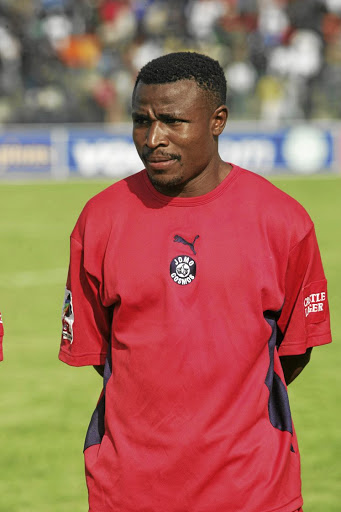 Retired Jomo Cosmos striker Christopher Katongo has given his opinion on why Ezenkosi barely last in the top-flight, citing the club owner-coach Jomo Sono's business-driven approach as the reason.

Cosmos have been relegated four times in the past eight years. Their last demotion from the Premiership to the National First Division was in the 2015/16 season. They have since struggled to return to elite league, currently 12th on the second tier table.

"If you look at how many players he [Jomo Sono] has sold. very good players. If he would have put all those players together for two to three seasons, he could have won the league. But he's not that kind of a person who wants to do that," said Katongo.

"He loves football but football is business. He's always going to make players and sell them. You cannot change him.

"I think we need to understand him more on a South African perspective that one is a business man, that's the first thing you have to know."

Katongo, 36, is in the country as one of the Castle Africa five-a-aside tournament ambassadors. The 2006/07 season PSL Golden Boot winner (he scored 15 goals in Cosmos colours) also revealed his ambitions of coaching in SA someday.

"I have a CAF C coaching licence. I am working on upgrading, so that I can see where my future lies. I played in SA, I know the culture and if the opportunity to come and coach here arises I would take it," noted the former Bidvest Wits and Golden Arrows marksman.

Having plied his trade for clubs such as Arminia Bielefeld in German and Henan Construction of China, among others abroad, Katongo has challenged players from the southern region of the continent to draw inspiration from legends like Kalusha Bwalya (from Zambia) and be more resilient.

"The southern part of Africa lacks players who have big hearts. We cannot even beat countries from west Africa. they always dominate us because they show character. Our players must perform like the likes of Bwalya did."