Jomo fancies his Cup chances after 'big boys' bow out 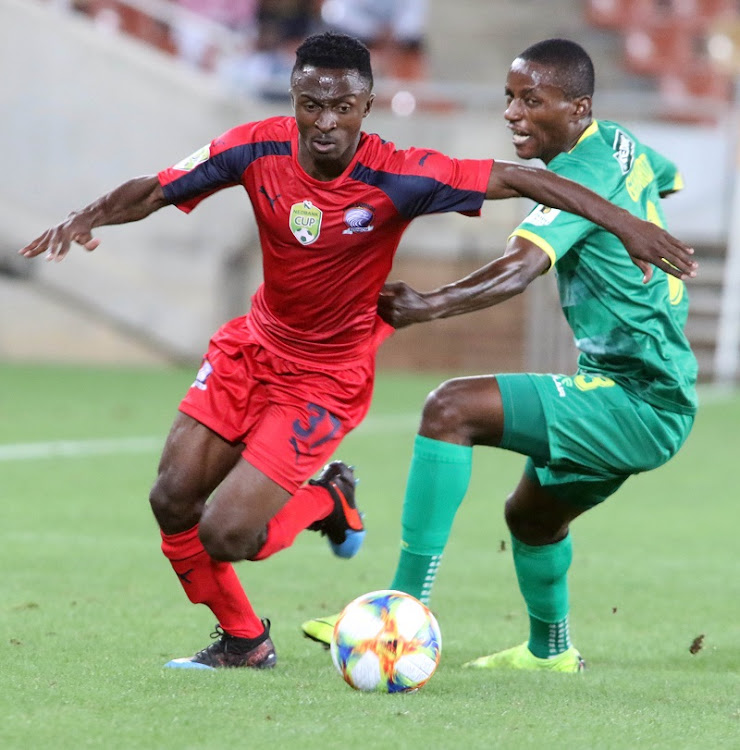 One of them is Jomo Cosmos, who beat Baroka 1-0 in Limpopo on Tuesday to advance to the last 16 of the competition.

The defending champions, Free State Stars, were beaten by Richards Bay at home in the first round of the competition.

Ezenkosi boss Jomo Sono will now rather avoid the tough remaining sides and get a favourable draw to increase their chances of progressing further.

Jomo Sono brought back a glimpse of past golden days as his Jomo Cosmos side upset Baroka FC 1-0 in the first round of the Nedbank Cup at the Peter ...
Sport
3 years ago

There are eight PSL teams, seven from the NFD and one from the ABC Motsepe League remaining ahead of tonight's draw, which will start at 7pm and broadcast live on SuperSport channel 204.

Sono said after the win against Baroka that he fancies his side's chances of reaching the quarterfinals, but would like an easy draw.

"Last year we knocked Bidvest Wits out and we just hope we get an easy draw so that we can go on," said Sono.

"The big boys are not here and we fancy our chances, especially because [Orlando] Pirates and [Mamelodi] Sundowns are not here. Wits is also a problem, but we will give it a go."