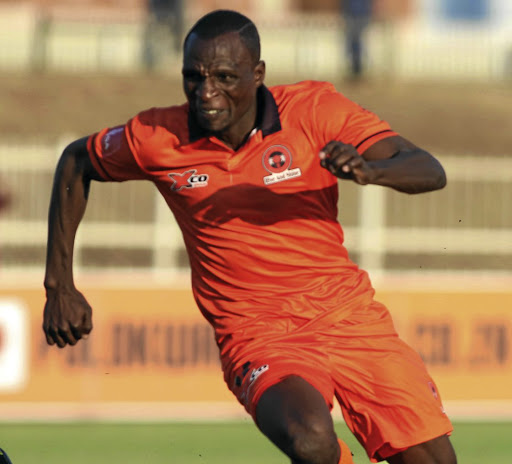 Highlands Park have beefed up their strike force by bringing on board Rodney Ramagalela - the 30-year-old striker from Polokwane City who was involved in a standoff with the Limpopo club.

But the striker will only join the club next season.

He has been barred from training with Polokwane after negotiations over a new deal collapsed.

Highlands director Sinky Mnisi announced yesterday that Ramagalela has signed a three-year contract beginning next season, beating several Gauteng clubs who had been linked with the ex-Black Leopards man's signature.

Highlands Park will be looking to conclude some transfer business over the next week‚ including a possible return to South African football for ...
Sport
3 years ago

"He has been with us for some time but it is just that we needed to sort out some issues and that has been done. So, ja, Ramagalela is part of us and we are happy to have him in the team."

Mnisi added that they have also acquired the signature of Enocent Mkhabela, the 29- year-old midfielder from Nelspruit in Mpumalanga. Mkhabela had been with Platinum Stars - the team he rejoined after leaving Kaizer Chiefs in 2016.