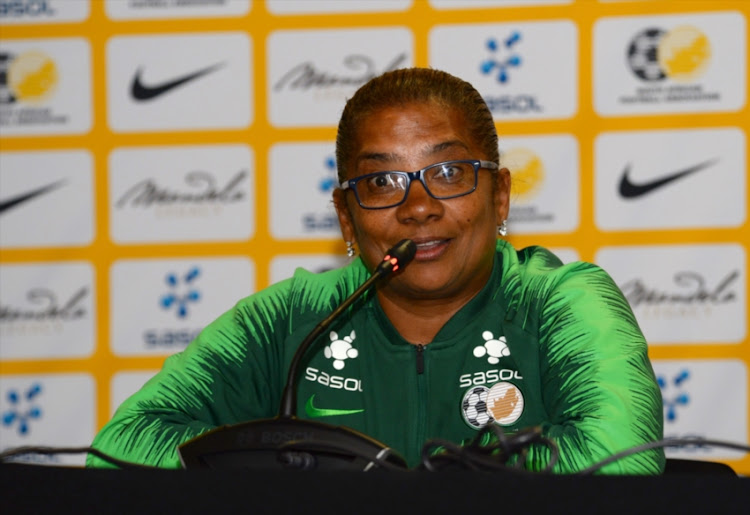 Banyana Banyana coach Desiree Ellis is not too concerned by the retirement of experienced goalkeeper Roxanne Barker a few months away from the Fifa Women’s World Cup because the country has a bright future in that department.

Barker‚ who featured at the last two Olympic Games for South Africa‚ has lost her place between the poles in recent times to Kaylin Swart and Andile Dlamini who started a game each during the recent internationals frliendlies against Netherlands and Sweden.

Both moved ahead of Barker in the pecking order‚ which saw the 27-year-old decide to call time on her career earlier this week‚ but Ellis said she is covered in that position.

“We've also brought in Jessica Williams from the U20 squad and we also have Mapaseka Mpuru from the U20s available‚” Ellis said.

“So you have goalkeepers (Swart and Dlamini) that are challenging each other which is always good and then two young ones coming through as well. U17 goalkeepers have been to the World Cup as well and that is experience that you can't buy.”

Barker gave thanks to her coaches for a career that saw her play college soccer in the United States and also have a spell in Iceland and the Netherlands.

“With a light and happy heart I want to announce my retirement from international football‚” she wrote on her Instagram account.

“It’s been an amazing ride‚ also sometimes a painful one‚ but I wouldn’t trade my experiences for anything. Sometimes you have to know when a chapter of your life is closing and something new‚ fresh and exciting is starting to grow.

“I want to say thank you to all the coaches who believed in me and made me into the player that I am. I will be the first to admit that I am not always the easiest player to control but I want to say that from the bottom of my heart thank you for investing your time and effort in me‚ I appreciate it.”

Banyana are next in action in the Cyprus Cup next month where they will face Finland (Feb. 27)‚ North Korea (Mar. 1) and Czech Republic (Mar. 4) in more vital preparation ahead of the World Cup.