Who made the most money at the PSL awards? 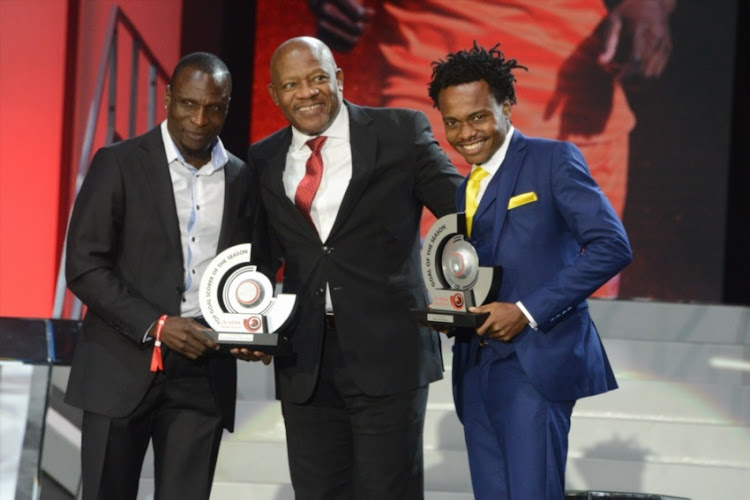 Mamelodi Sundowns were the biggest winners at the PSL Awards at the Sandton Convention Centre on Tuesday night‚ walking away with a whooping R537 500.

With his hat-trick of awards that included the Footballer of the Season‚ Sundowns striker Percy Tau was the main winner.

He pocketed R462 500‚ which made him R262 500 richer than his nearest rival‚ Maritzburg United midfielder Lebohang Maboe‚ who pocketed R200 000 for his performances in the Nedbank Cup.

Coach of the Season Pitso Mosimane added R75 000 to the Sundowns’ kitty with his award.

Maboe won R50 000 in the Most Promising Player and R150 000 for the Player of the Tournament awards in the Nedbank Cup.

There were murmurs‚ though‚ about Maboe's latter award as some believed that Free State Stars goalkeeper Thela Ngobeni should have been chosen as the best player in the Nedbank Cup.

Bidvest Wits were third behind Maritzburg on the money‚ with the departed Egyptian striker‚ Amr Gamal‚ going home with a cool R200 000 for being chosen as the Player of the Tournament in the Telkom Knockout.

Chiefs goalkeeper Itumeleng Khune had R50 000 going into his pocket for the Goalkeeper of the Season award.

It was the same at Golden Arrows with Siphelele Magubane getting R50 000 for his Goal of the Season award and young team-mate Siboniso Chonco getting R30 000 for being the Multichoice Diski Challenge Precious Find.