One chink in Orlando Pirates' armour for Baroka to exploit 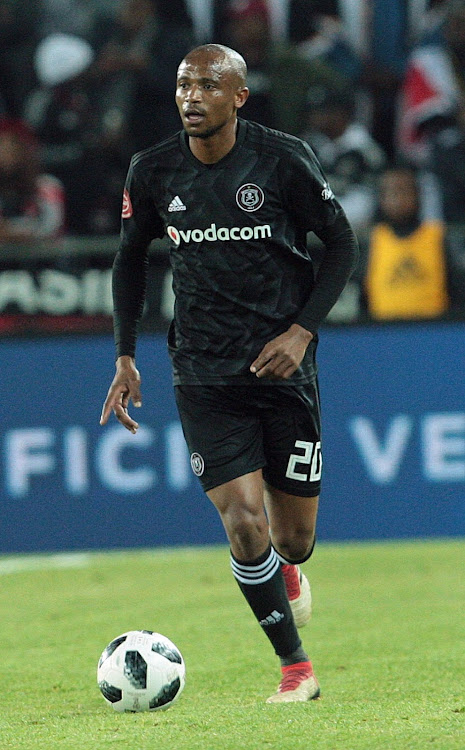 Bakgaga will have a torrid time managing Xola Mlambo, who regularly prowls the midfield with menace for Orlando Pirates.
Image: Veli Nhlapo/Sowetan

It is a fearsome Pirates ship who Baroka will cross paths with at Nelson Mandela Bay in Port Elizabeth (kickoff 6pm)‚ and a hungry one‚ having not won a trophy in four years since the 2014 Nedbank Cup.

Pirates are especially formidable in a midfield of Xola Mlambo and Musa Nyatama; and a frontline who have scored 18 goals between them of Vincent Pule‚ Thembinkosi Lorch‚ Justin Shonga and Augustine Mulenga.

A first cup final for Baroka could potentially see the men from Polokwane overawed. It might also inspire them.

Either way‚ assistant-coach Bushy Moloi said‚ Baroka need to show the same teamwork and unity they did dispensing of Mamelodi Sundowns in the quarterfinals and Bidvest Wits in the semis to stand a chance of overcoming Milutin Sredojevic’s slickly-trained Pirates.

“I cannot say that we must speak to our defenders‚” Moloi – the three-time Varsity Cup winner with Tshwane University of Technology (Tut)‚ who was only appointed as Wedson Nyirenda’s assistant last month – said.

Bakgaga to work as a unit

“We must speak to the 11 players who will be on the field. Starting from the attacking line to the goalkeeping department. We have to work as a unit.

“It has given us positive results. But we still have to learn a lot.

“This is the first time that we play in a final‚ and also it’s part of our learning curve.

“And we’ll be able to stop Pirates if we work as a unit.”

If there is a weak point to the Buccaneers’ galleon‚ it is at the rear – the Absa Premiership leaders have conceded 11 goals in their 14 league games.

They have conceded two in their three Telkom matches – a 1-0 last-16 win over Chippa United‚ 3-1 quarterfinal victory against AmaZulu and 2-1 semifinal win against Kaizer Chiefs.

It is a chink in the armour that a disciplined‚ skilful team like Baroka‚ so long as they hold out against that intimidating frontline‚ can aim to exploit.