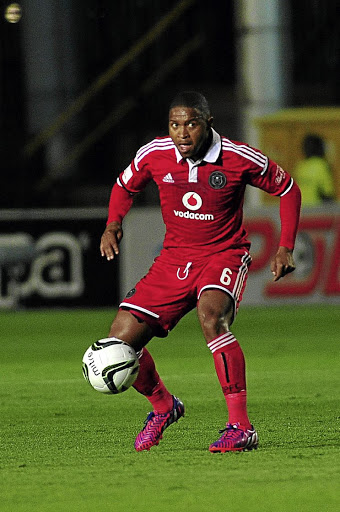 Reports that Thandani Ntshumayelo was on the verge of signing a contract for Bidvest Wits this past week were incorrect‚ Clever Boys CEO Jose Ferreira has said.

Ferreira said Ntshumayelo has steadily improved his fitness in his three months training under Wits coach Gavin Hunt as he has returned from a debilitating drugs ban‚ which was cut on appeal from four to the two years served in September.

However the Wits CEO denied a report that Ntshumayelo (28) had undergone a medical and was likely to sign by the end of this past week.

“The official stance is that ‘Bibo’ [Ntshumayelo] is training with us. We are looking forward to the day that he signs for us‚” Ferreira said on Friday night.

“For as long as he’s working hard we know that he will get to the level that we need him to be at. And at that stage we will then make a call and hopefully sign him.”

Ntshumayelo was handed a four-year ban after testing positive for cocaine in August 2016‚ when he was playing for Orlando Pirates.

He is making a much-publicised bid to resurrect his career training at Wits under the coach (Hunt) and CEO (Ferreira) who he won three league titles in succession under from 2008 to 2010 at SuperSport United‚ the club where he was developed from the youth system.

Ferreira was asked if the central midfielder has managed to come close to the point where he might have resurrected his fitness – an extremely difficult task after two years out of the game – enough to be able to sign for a Premier Soccer League club.

“He’s closer today than he’s ever been. Every day he gets better and better‚” the CEO said.

“You must understand that he’s been out for a long time. It’s not like you and I going to the gym. It’s a lot more than that.

“And the truth is – and this is not a lie – that we look forward to the day where he reaches a level where we can sign a contract with him.”

Asked if Wits are concerned of a danger of another club sneaking in to sign Ntshumayelo after the Clever Boys have done all the work helping nurture the player back to fitness‚ Ferreira said: “There is always that possibility. But if that happened it would be very disappointing.

“But‚ you know what‚ I think that the type of person that Bibo is‚ he wouldn’t do something like that.

“But if it happens‚ well‚ at least we would have done a good deed to a great player.”