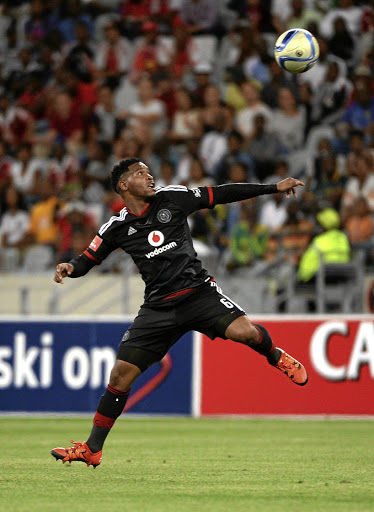 Midfielder Thandani Ntshumayelo returns to the field tomorrow after his drugs ban was reduced to two years.

"Bibo", as he is popularly known, will start training with Bidvest Wits at their Sturrock Park base in Milpark, Joburg.

He was banned for four years in 2016 for cocaine use while on the books of Orlando Pirates, but the sentence was cut on appeal this week.

Ntshumayelo, 28, told Sunday World he weighed about 70kg before his ban and since he wasn't active anymore, he gained 15kg. But he's been watching his diet of late and expects he would be back to full fitness soon.

"I'm happy that this thing is over and now for me it's to take care of things that I can control, which is to work hard," said the Heilbron, Free State - born footballer.

"I wasn't playing football during my ban. I played one charity game for (former Banyana Banyana player) Makhosi Luthuli to raise funds for her cancer operation and sometimes I would play indoor games, but I wasn't really enjoying that because on the other side, I'm thinking my career was over.

Ntshumayelo, who made his PSL debut at SuperSport United in the 2008/09 season, may have lost two years of his career after falling off the track, but said he's inspired by players who are still active like Reneilwe Letsholonyane, 36, who's with Matsatsantsa, and Siphiwe Tshabalala, who turns 34 later this month and currently plays for Turkish side Erzurumspor.

"When you check them, they are still going strong. You can see that when you want to achieve something, you forget about other things and work hard," he said.

He has since urged fellow footballers to respect the game. "We need to respect what brings food to the table and do what's right with our money [rather] than waste it outside,"

Former Orlando Pirates midfielder Thandani Ntshumayelo has apologised to former boss Irvin Khoza after a four-year drugs ban that appeared to have ...
Sport
3 years ago
Next Article