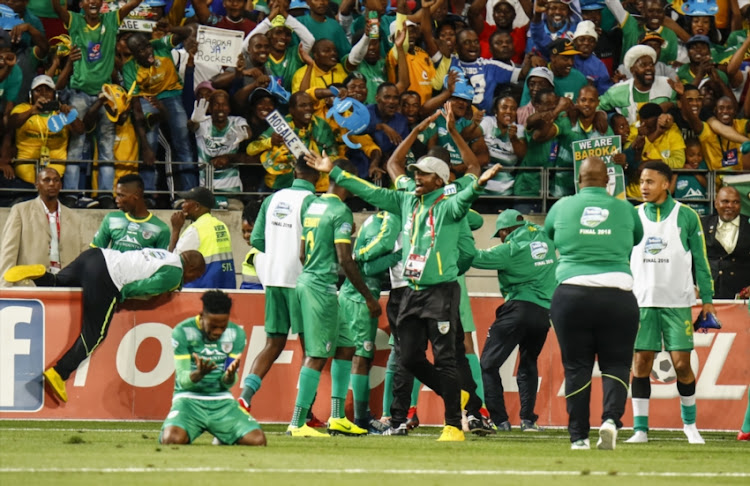 In what will go down as one of the biggest upsets of the Premier Soccer League (PSL) era‚ Baroka FC capped their fairytale run in the 2018 Telkom Knockout by beating Orlando Pirates at the Nelson Mandela Bay Stadium last month.

The 3-2 penalties victory after a riveting drama enfolded into a 2-2 scoreline by the end of extra time marked milestone for the team who were only promoted to the PSL in the 2016-17 season as the 2015-16 National First Division champions.

Their first trophy within just their third PSL season meant that 2018 marked the year where Baroka went from being newbies‚ and a club who had even caused the big teams shivers in cup competitions when they were in the lower leagues‚ to serious PSL players.

The Limpopo-based side had come to prominence in 2011 when‚ while still competing in the Vodacom League‚ they had performed giant-killing acts on Kaizer Chiefs and Moroka Swallows to reached the Nedbank Cup semifinals.

Last month Baroka went all out against Pirates to eventually claim the R4-million first prize‚ driving Bucs all the way to the penalties to decide the tie that was end-to-end battle from the first whistle.

Baroka have mastered the art of hurting Pirates‚ even their former goalkeeper Oscarine Masuluke scored a spectacular late overhead bicycle kick that left the Bucaneers frustrated in the dying minutes of a 1-1 league draw in November 2016.

That remarkable feat by their keeper saw the club achieve global fame‚ as Masuluke reached the final three of the Fifa Puskas Award.

The Bagaka ba Mphahlele have grown even more and their win against Pirates has proved that they are no no longer mere participants in PSL‚ but a competitive side to watch.

The arrival of former Kaizer Chiefs striker Wedson Nyirenda as coach this season to become the architect of the Telkom success‚ the club have developed an even more competitive edge.