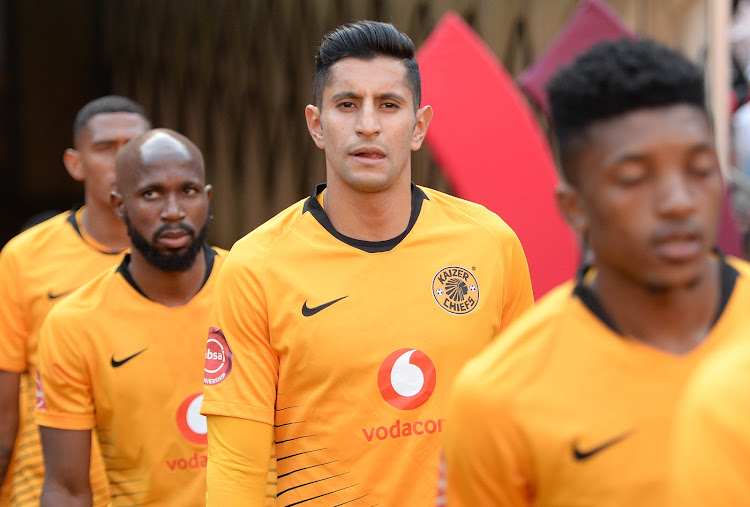 Leonardo Castro has hit back at his former assistant-coach Rulani Mokwena for some heated comments directed at the Kaizer Chiefs striker last year‚ professing himself somewhat bemused by the statements.

Asked if he was surprised by his former Mamelodi Sundowns assistant-coach’s comments in October‚ Castro shrugged and said: “He wants to talk‚ so let him talk.”

Castro was confused at why current Orlando Pirates assistant Mokwena had made a reference to the striker having a reputation for going home a lot to Colombia.

Castro said the situation currently for the Amakhosi player has changed from when he and Mokwena worked together at Sundowns.

“There was a different situation [at Downs] because my family was in Colombia and I was here alone‚” Castro said on Thursday.

“So it’s difficult. It’s tough for the player when your family is not close to you. So that’s why I was there. I enjoy my family.”

Castro’s wife gave birth twice while the striker was playing at Sundowns.

Castro said the situation at Chiefs is different because now his family has moved to Johannesburg.

“Yeah‚ my family is here with me. So yeah‚ it’s a different situation‚” he said.

“If people don’t know. I don’t need to talk about it.”

Mokwena had been the assistant at Sundowns when Castro formed part of a feared “CBD” strike partnership (with Khama Billiat and Keagan Dolly) that was instrumental in the Brazilians winning the 2015-16 Absa Premiership title.

Ahead of a Soweto derby between Chiefs and Pirates in October Mokwena made some controversial statements relating to the credentials of Amakhosi’s then-coach Giovanni Solinas‚ firing some shots at Castro too.

Castro at the time was returning from injury‚ and Mokwena was adamant he would not be fielded that week against Pirates.

Bucs’ assistant made comments suggesting that when they were at Sundowns Castro was always returning to Colombia‚ and would tell Downs’ coaches when he was injured rather than the other way round‚ clearly questioning the commitment of the player.