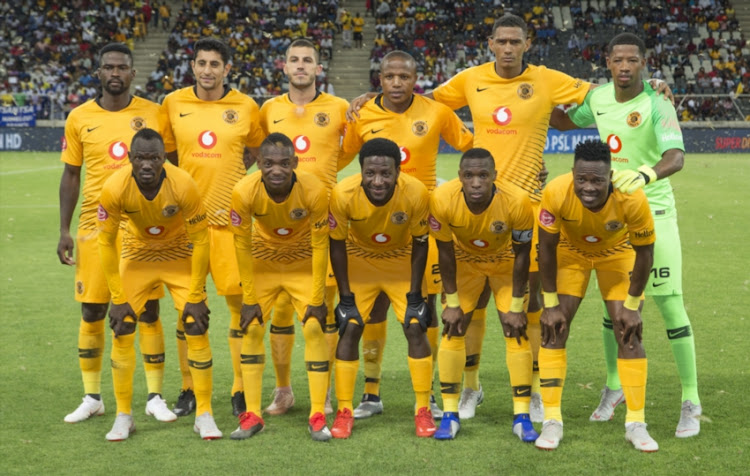 Kaizer Chiefs’ problems appear to be deeper than just the level of coaches they are hiring‚ or paucity of activity in the transfer market.

Just those two factors alone point to something deeper.

Speculation has been that Chiefs are out of touch and there certainly seems plausibility in that.

Their opposition in the “big three”‚ Mamelodi Sundowns and Orlando Pirates‚ and even challengers such as Bidvest Wits and SuperSport United‚ spend big in each transfer window.

They have maintained year after year that this is about frugality and good business sense and sensible practice.

And they appear to feel that the attention that their woes receive is somehow blown up to a degree because they are Chiefs.

There is some truth in that.

Amakhosi are not the only team who lose their way‚ Sundowns went six years without a trophy before Pitso Mosimane’s arrival and their now greatest run of success.

Pirates have still not won a trophy in four years – a year more than Chiefs – since the 2014 Nedbank Cup.

They had three coaches in a season winning their second back-to-back treble in 2011-12.

They did not renew Ruud Krol’s contract after the first of those seasons.

They have their own way of doing things.

Chiefs have always been the sensible club‚ run on best business lines.

Which is probably why football manager Bobby Motaung portrays their reluctance to spend big in each transfer window‚ as their rivals do‚ as being sensible.

And generally‚ while Amakhosi have apparently fallen behind in spending‚ they have managed to remain competitive with sensible policy.

The appointment of Giovanni Solinas three weeks before this preseason‚ though‚ went against that grain.

Coming off three seasons without a trophy under the unfortunate Steve Komphela‚ the hiring of a coach who had never won one‚ had never lasted much longer than six months at a club‚ and whose only experience in the Premier Soccer League was with Free State Stars‚ had little that seemed sensible about it. It appeared a doomed expedition.

Solinas lasted just a little longer than Kosta Papic’s three months on a form of a trial period – which‚ of course‚ was not successful – at the end of the 2006-07 season‚ and spent just five months at Naturena.

The appointment of Ernst Middendorp – the coach who did not quite finish two years at Chiefs‚ leaving to be replaced by Papic in March 2007‚ but did at least win two trophies at Amakhosi – has been greeted largely with dismay.

At least Middendorp is a coach who has won things and he has a superior track record to Solinas.

Even Middendorp’s CV‚ though‚ cannot compare to that of Milutin Sredojevic’s at Pirates.

He was too expensive.

And that brings into perspective three things.

Firstly‚ just how poor an appointment Solinas was.

Secondly‚ just how far Chiefs have fallen behind their rivals at present.

As we have seen with Sundowns‚ such things are cyclical.

But Downs never went six seasons trophyless for lack of trying‚ or ambition.

They spent huge on players and coaches‚ just not always sensibly‚ and the formula could not quite be cracked – but the ambition was there.

Thirdly‚ that Chiefs‚ the biggest club in the country‚ and a marketer’s dream‚ and a marketing dream in how they are run in terms of their branding‚ are struggling to compete financially.

The question is – how much?

The fact that Solinas’s appointment was announced – amateurishly‚ from a club who set the bar on professionalism in South Africa football through the 1970s‚ 1980s and 1990s – via a Facebook video‚ seems to say a lot.

Middendorp’s return‚ too‚ was announced on Twitter on a Friday.

At least in his case he had a full press conference to be properly introduced on the Monday.

Solinas never had that.

These social media coaching announcements appear to indicate that Chiefs are not just out of touch – though there is that.

They appear to indicate they know the coach they have chosen will face a backlash.

They appear to know the coach is not up to their standard.

And to be clear‚ Chiefs’ standard is not everyone else’s.

That’s why when they go three-and-a-half seasons without a trophy‚ it gets more attention than Pirates with four.

It has never happened before at Amakhosi.

That is the standard they have set.

And so‚ if Chiefs are making coaching announcements on social media‚ hiding from the reaction‚ does that indicate they know they have not met their standard?

And if so‚ does that indicate that the man being announced was the best they could do‚ within their budget?

And if so‚ then a question to be asked is‚ while we know Chiefs have greater financial constraints these days‚ is the situation worse than anyone imagined?

We know Chiefs’ new academy at Naturena must have cost a lot. We surmise that‚ as Amakhosi struggle to match their rivals financially‚ increasingly they will look to promoted youth products to compete on the field.

But if Chiefs are struggling for pennies as much as this piece is speculating‚ how has the biggest sports brand in the country‚ a club that in the 1990s was called the most financially successful sports team in the country along with the Sharks by the Financial Mail‚ reached this point?