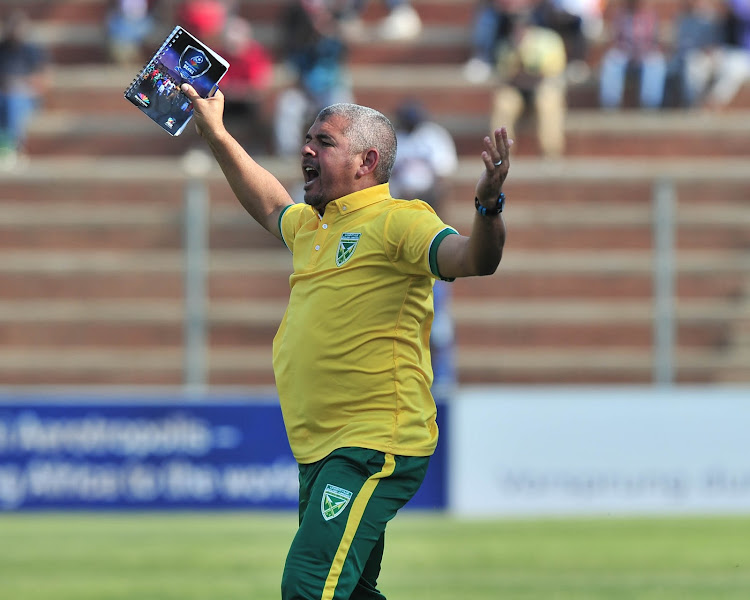 Clinton Larsen has become the latest coaching casualty in the Premier Soccer League (PSL) after Lamontville Golden Arrows confirmed that they have parted ways with the tactician on Thursday.

The Durban-based side went into the festive season break in 11th place‚ four points above the relegation play-off position‚ with three wins and seven draws in their 15 games.

His exit from the club has come as something of a surprise‚ having been at the helm since December 2015 and leading the side to seventh position in the 2017/18 campaign.

“Lamontville Golden Arrows would like to announce that we have parted ways with head Coach Clinton Larsen‚ by mutual agreement between both parties‚” the club said in a statement.

“After careful consideration‚ both the club and Clinton agree that this is in the best interest of both parties for the relationship to end with immediate effect.

“Clinton has been totally professional in his approach to his work and in parting ways‚ we wish him all the best for his future.

“Clinton responded‚ by sincerely thanking the Chairlady‚ management‚ technical staff and players at the club‚ for the time that he spent at the helm of a young and exciting team and wished them well for the rest of the season.”

The club has managed just two wins in their last 16 games in all competitions‚ which hastened his departure.

Larsen joined Golden Arrows from Bloemfontein Celtic‚ where he had enjoyed two successful spells‚ including winning the Telkom Knockout in 2012.

He has also previously been in charge of Maritzburg United in the top-flight and his exit follows hot on the heels of Fadlu Davids at The Team of Choice.

Kaizer Chiefs‚ Black Leopards‚ Free State Stars and Chippa United have also had changes to their technical teams this season.

Golden Arrows are next in action on January 6 when they host Maritzburg.

Kaizer Chiefs have ended the year with the same monkey that was on their back at the start of 2018 and will look to the New Year for relief from the ...
Sport
3 years ago

Five biggest soccer controversies that grabbed the headlines in 2018

South African football never seems to be shy of controversies for the press to report on.
Sport
3 years ago
Next Article