Micho has a proven track record as coach 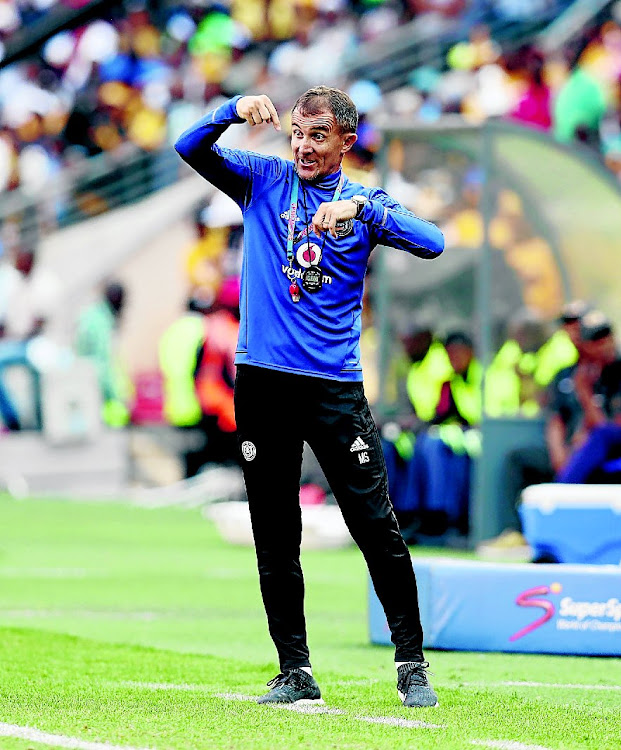 In the past few months there has been a growing unfounded myth that Milutin Sredojevic is not really the head coach at Orlando Pirates.

But this fallacy could not be further from the truth and it's about time this myth is blown apart. Micho, as he is affectionately known, is an accomplished tactician with a proven track record and it would take a foolish person to doubt his tactical abilities or influence in the Buccaneers camp.

While the Sea Robbers may have an impressive technical team, his achievements on the continent alone show that he is the most qualified person to be the man in charge at the club.

When he arrived at SC Villa Kampala in Uganda to take charge of the team at the age of 32 in 2001, few could have imagined the trail he was about to blaze.

He won three consecutive premier league titles with SC Villa from 2001 and 2004 where he also bagged the Kakangulu National Cup and the much coveted Cecafa Club Championship.

He, of course, reached the semifinal of the Caf Champions League with Orlando Pirates in his short stay in 2006 before moving to Tanzania at Young Africans where he won the league and the Cecefa Cup in 2010.

Ugandan journalist Ismael Kiyonga says Micho is a national hero in his country.

"When Micho first arrived in Uganda, there were many doubters because he was an unknown coach and had been hired to replace Paul Haluse who was very popular," Kiyonga told Sowetan.

"What changed things was winning the Cecafa because the club had wanted to win it for long. Then of course years later, he led the national team to Afcon qualification in 2016 for the first time in almost 40 years. People think he is more Ugandan than Serbian."

Without doubt Sredojevic is no charlatan and his glittering CV speaks for itself.